This week, the Space Force and NASA each issued contract selections for a variety of programs, confirming that United Launch Alliance and SpaceX will execute the dozen-plus missions on top of already loaded manifests. 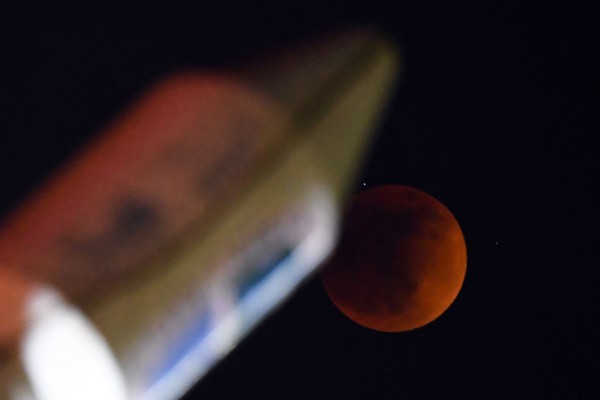 (Photo : PATRICK T. FALLON/AFP via Getty Images)
The blood moon is seen during a total lunar eclipse by an illuminated monument of the SpaceX Falcon Heavy rocket in Hawthorne, California on May 15, 2022.

Both agencies were recently picked by the Space Force’s Space Systems Command for a series of national security missions, including intelligence-gathering satellites, that will fly through 2024. ULA received five of the eight missions, while SpaceX received three.

The majority of launches will occur from the Eastern Range, including Cape Canaveral Space Station and Kennedy Space Center. Both facilities have a SpaceX pad, while ULA uses the Cape. The Vandenberg Space Force Base in California will launch two missions.

The Space Force selected the Falcon 9 rocket from SpaceX and the Vulcan Centaur from ULA. The latter is still in development and has yet to fly, but Vulcan is set to debut later this year, according to ULA.

Due to security concerns, details about the Space Force missions are few. So far, here are the included missions:

The selections add to Kennedy Space Center, and Cape Canaveral’s already speedy launch schedule. Both companies have scores of missions scheduled to fly in the near future on their short-term manifests, potentially moving the Eastern Range closer to its unofficial one-launch-per-week objective.

Meanwhile, NASA also announced this week that it had chosen SpaceX to fly five more flights to the International Space Station, transporting astronauts to and from the low-Earth orbit outpost.

The extension of the ISS mission to 2030 necessitated the adjustment to SpaceX’s existing contract, according to the agency. So far, SpaceX has launched five NASA crewed flights.

NASA’s director of commercial space, Phil McAllister, said the decision follows the successful flight of Boeing’s Starliner capsule to and from the ISS in May. With Starliner and SpaceX’s Crew Dragon, NASA will have two spacecraft to ferry astronauts to the Space Station late this year or early 2023.