NASA is pushing for air travel in the future, and it is opening its collaborations for all those interested in bringing their technology for development and availability. The space agency initially focused on bringing eVTOLs with different partners to bring air travel closer to reality. Its tests with companies like Joby Aviation are one of its earliest ventures here. 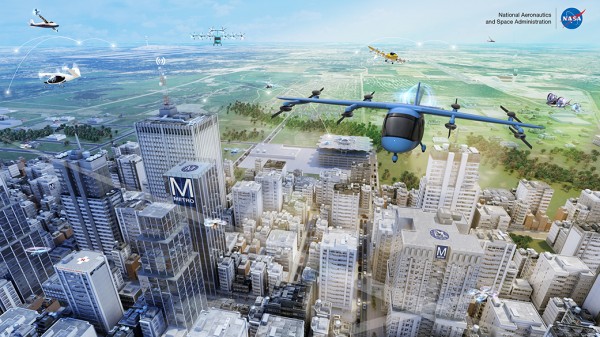 NASA is now inviting different companies to collaborate with the agency to bring the future of air travel closer and possible to the public. The space agency’s Aeronautics division aims to define a new focus on air travel, and it is by making it more accessible to the public with the likes of medical transport vehicles, drone deliveries, and more.

NASA Aeronautics has various research on this throughout the years. It aims to bring it to reality soon, which is through the collaboration it aims to launch with companies interested in developing it. The space agency said that there are many possibilities to the future of air travel and that it does not stop with what is known or experienced in the present.

Read Also: Joby Aviation Partners with Japan’s ANA to Launch Air Taxi Operations in Asian Country-When in the US?

NASA and its collaboration with Joby Aviation are only one of the agency’s focus on its Aeronautics division, but it would not be limited to that only. And while it is true that eVTOLs will be a massive venture in the future as it will be the flying car focus of the company, NASA is open for its use in different industries like wildlife, healthcare, and logistics, but are not limited to these examples.

Air Travel and its Normalization

Air Travel does not necessarily mean airplanes and jets for people to use more, but other technology and vehicles will bring it closer for the mass and their use. There were ventures toward electric airplanes in the forms of small jets, which Rolls Royce demonstrated last year with an aircraft that aims to beat 300 miles per hour in its development.

There have also been different ventures toward flying cars that aim to bring air travel closer to everyday people and use it for transportation and delivery means. The focus is similar to that of old television shows, which showcased vehicles that float and follow the regular traffic in the air, alleviating ground traffic.

The likes of “The Jetsons,” “Back to the Future” movie franchise, “Star Wars,” and other examples of flying cars are something that would be the future goal of agencies like NASA.

Vehicle technology is in a paradox of being close to unlocking the secrets behind developing the flying car for better air travel. It is also far from making it possible now. Nevertheless, NASA wants this to happen soon and have the shared experience of flying without riding airplanes that focus on traveling to distant places.