Moon-Saturn Conjunction on May 22, The Best Ways to See It and What Does It Mean

On May 22, 2022, the Moon will align with Saturn. The Moon rises at approximately 2:00 a.m. in dim Aquarius, with Saturn on its upper right. In the early dawn, the Moon and Saturn will be higher in the southeast, which will form a big triangle with Fomalhaut very low below them. 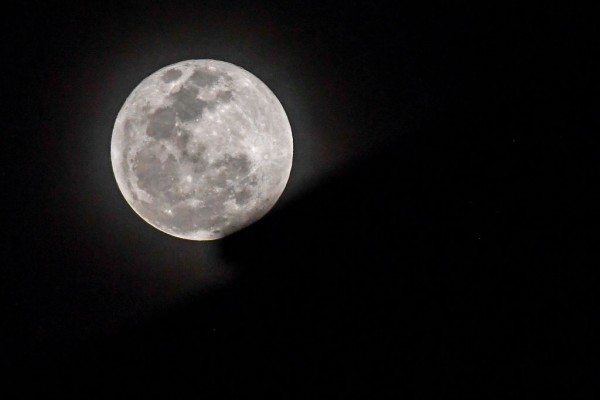 (Photo : Roslan RAHMAN / AFP)
The full moon rises behind an apartment building during lunar eclipse in Singapore on May 16, 2022.

The Moon and Saturn will be in proximity for almost four hours and will fade at 5:18 a.m. (EDT).

Also, on the day, Jupiter and Mars will shine brighter on the Moon’s left side.

The Best Ways to See It

View the conjunction with the naked eye or you can also see it through a set of binoculars. However, for the best viewing, it’s recommended to use a telescope.

To get the most out of your observing session, it’s best to let the eyes adjust to the sky for at least 20 minutes. As much as possible, stay away from bright lights. And if you will consult a sky chart via your phone or a flashlight, use a red filter to preserve your night vision.

What Does it Mean?

In the Astrological world, the Saturn-Moon conjunction means that they will have more impact on people’s psyche, depending on the specific house the Saturn and Moon were in at the time of the birth.

A conjunction like this is said to cause depression, fatigue, and mood swings due to the opposite energies both emit for the same space. In an astrological sense, Saturn is the nature of logic, while the Moon is the nature of emotions.

Other Planetary Conjunctions in the Last Half of May 2022

Planetary conjunctions are rare because the moon moves faster. From May 22, there are five events you may see throughout the week in Eastern Daylight Time.

On May 24, there will be Moon-Mars conjunction. The Moon and Mars will be in proximity for a little over two hours, rising in the southeast at 2:56 a.m. EDT until 5:16 a.m. EDT.

Tau Herculid Meteor Shower to Wrap Up the Month of May

There is a possibility of a Tau Herculid Meteor Shower on the night of May 30-31, which could put on a strong outburst. It should likely peak around 5:00 UT.

According to Bill Cooke of NASA’s Meteoroid Environment Office, the event will be “all or nothing.”