Robots can walk, run, lie down, and act like humans, but none has attempted to jump massive heights before apart from small leaps. Now, there is a team that developed the “mechanical jumper,” and it is a robot that springs itself from the ground to its record of nine storeys high straight from its position using its new technology.

Mechanical Jumper Robot Can Leap Up to Nine Stories 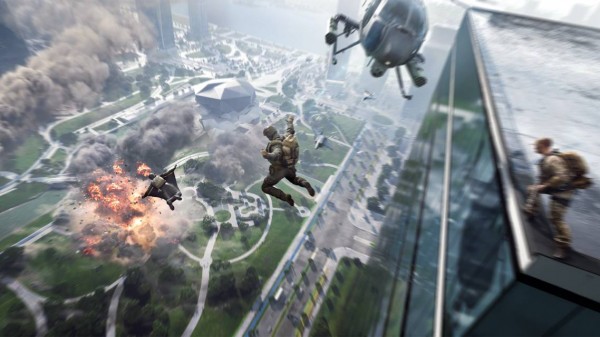 A research published in Nature‘s publication brings a development for robots that can leap and jump to insane heights, surpassing a person’s capabilities.

A website called Scott Fujita claimed that there are several numbers for the world record jumping in the world and it depends on different situations. The highest vertical jump from the ground has a person reaching 46 inches of clearance.

While standing on a platform and jumping without any momentum gave humans a ground clearance of 65 inches by Brett Williams.

However, with all that said, the researchers from UC Santa Barbara claimed that mechanical jumper robot could go up to nine stories from the ground.

The researchers said that the robot uses a rubber compression bow spring that it uses to launch itself from the ground.

Will It Be Taken to The Moon for Jumps?

CNET’s report said that its vertical jump from the ground here on the planet’s gravity already reaches nine stories, but it would be different when taken to the Moon.

The researchers did not mention anything from their report regarding its plans to take the technology to space, but it may set new world records and even out this one.

Robots and their Development

Robots may be an obsolete term for these intelligent machines that already have machine learning and sophisticated algorithms that sometimes no longer require human patronage. One robot that proved its worth is a medical surgeon bot that successfully operated on a pig, focusing on its transplants and fixing what is needed by the animal.

Other reports have shown waiter robots roaming around restaurants and other shops, attending to the customers’ needs, taking orders, and conversing with them. It may not be a replacement for humans for now, but it might soon be, as it is cheaper to operate and will go on until it still has juice left on its batteries.

Humans live in a world full of technology, and some inventions surpass a person’s capabilities for better access and less work for them to do. While some may take it negatively, it also shows that a person may have more time on their hands due to assisted work in a particular industry that employs these machines.

The mechanical jumper is one promising technology with many applications to bring to a day-to-day setting.