Mars colonization is still not possible since humans need more advanced technologies that will help them adapt to the harsh environment of the Red Planet. 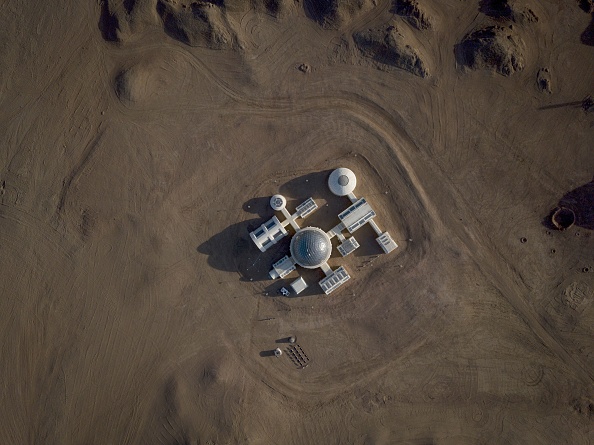 (Photo : Photo by WANG ZHAO/AFP via Getty Images)
This aerial photo taken on April 17, 2019 shows “Mars Base 1”, a C-Space Project, in the Gobi desert, some 40 km from Jinchang in China’s northwest Gansu province on April 17, 2019. – In the middle of China’s Gobi desert sits a Mars base simulator, but instead of housing astronauts training to live on the Red Planet, the facility is full of teenagers on a school trip.

But, people can also adjust Mars by actually terraforming it. These are just some of the things that many space companies consider to make the Red Planet more habitable.

However, the most important thing they need to focus on is how to allow humans to breathe on Mars. A new space study was recently published, claiming that bacteria can help humans produce oxygen on the Red Planet.

According to BGR‘s latest report, a new space study titled ‘A Low-Pressure, N2/CO2 Atmosphere Is Suitable for Cyanobacterium-Based Life-Support Systems on Mars” claimed that bacteria could help humans breathe on the Red Planet by producing oxygen. 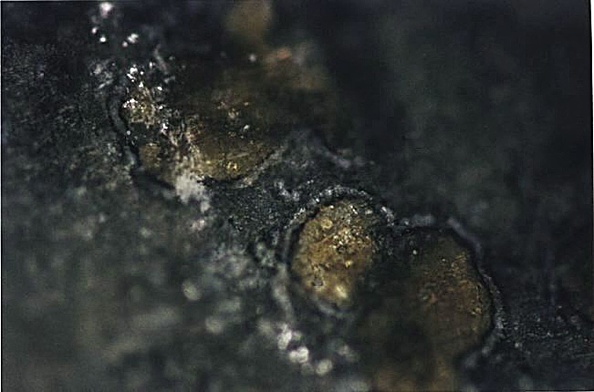 (Photo : Photo by -/NASA/AFP via Getty Images)
This undated NASA image released 19 March 1999 shows carbonate mineral globules found in a meteorite, called ALH84001, believed to have once been a part of Mars. These carbonate minerals in the meteorite are believed to have been formed on Mars more than 3.6 billion years ago. Their structure and chemistry suggest that they may have been formed with the assistance of primitive.

This research was published in February 2021 in the Frontiers in Microbiology journal. Thanks to the efforts made by Bremen Germany, the University of Bremen, and the Center of Applied Space Technology and Microgravity (ZARM), they discovered that the so-called cyanobacterium could allow humans to breathe freely on Mars.

“Cyanobacteria have long been targeted as candidates to drive biological life support on space missions, as all species produce oxygen through photosynthesis while some can fix atmospheric nitrogen into nutrients,” a statement from a new study.

But, how can these bacteria produce oxygen on the harsh Earth neighbor?

Because of their special characteristics, cyanobacteria have been considered an efficient candidate when it comes to supporting biological life.

This organism can produce oxygen the way how plants do it. Thanks to its photosynthesis ability, this bacterium can convert carbon dioxide into oxygen.

Another interesting thing about it is its ability to survive a harsh environment, making it quite useful on the Red Planet.

In other news, Elon Musk recently announced that SpaceX’s Mars mission would bring humans to the Red Planet around 10 years. Meanwhile, NASA wants to use its advanced Ingenuity Mars Helicopter to create new space records.

For more news updates about Mars and other related space topics, always keep your tabs open here at TechTimes.