Lyrid Meteor Shower to Break Shooting Star Drought: Find Out When It Peaks

There hasn’t been a meteor shower for three months now. But as spring arrives, the long wait for shooting stars is over.

After 109 days or more than 15 weeks, skywatchers will have the chance to revel in a display of bright fireballs with details with the April Lyrids. 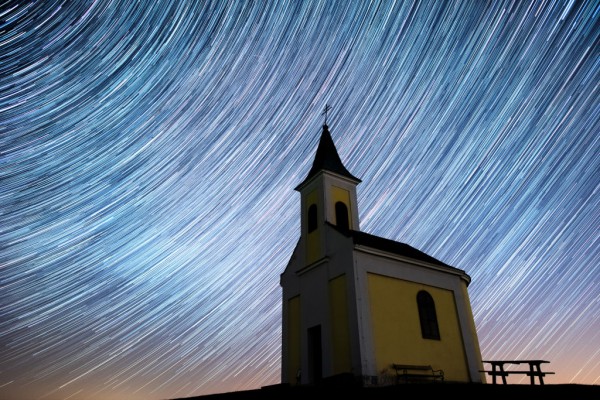 Read Also: Earth Day 2022: Lyrid Meteor Shower to Peak in the Evening, Here’s How to Watch

There are relatively many meteor showers that appear in the sky during the entirety of the year, however, only ten are considered ‘principal’ meteor displays. The most recent shower only occur as the Quadrantid meteor shower last January 3.

According to EarthSky, the Lyrid meteor shower is known for being one of the most ancient meteor showers. Records of the shower traces back to 2,700 years when the ancient Chinese saw Lyrid meteors falling like rain in the sky in the year 687 BCE.

Similar to most meteor showers, the Lyrids are caused by debris from a passing comet.

However, skywatchers will not be able to witness Thatcher with the shower since it is currently more than nine billion miles away from the earth’s vicinity. In a matter of 45 years, it will venture to the furthest point from the Earth and will commence its long journey back.

The 2022 April Lyrids is forecasted to hit its peak of Friday, April 22 in the morning hours.

How to watch the Lyrids shower

For this year, the lyrids is expected to bring dozen or more meteors per hour once it reaches its peak. However, a close-to-full moon might compromise the perfect viewing, but the moon tends to rise late so there will be a short time after midnight when the moon is not up in the night sky.

The viewing should be best when it is dark and without the moon’s light inference.

EarthSky advised that observers might see around 10 to 15 meteors per hour which will signify the Lyrids’ peak. But Space.com also suggested that there could be as many as 18 meteors per hour during the peak.

If the observer is living in an urban area, there is no likelihood of stargazing since the light pollution from the cities will compromise the view of stars and meteors, so it is highly suggested to watch the shower in an open field.

It will also be beneficial for the skywatcher to orient themselves in finding the constellation Lyra and the star Vega, since this is the radiant point of meteors. For an easy guide and better viewing, here are some of the apps that you can install:

The next meteor shower after the April Lyrids is called Eta Aquariids, which will be visible on the mornings of May 4, 5, and 6, 2022. The predicted peak of the showers will commence on May 5.

Related Article: How to Make The Most Out Of April’s Lyrid Meteor Shower