Largest Nuclear Fusion Reactor Might Not Work Due To Fuel Crisis; Tritium Shortage Getting Worst? 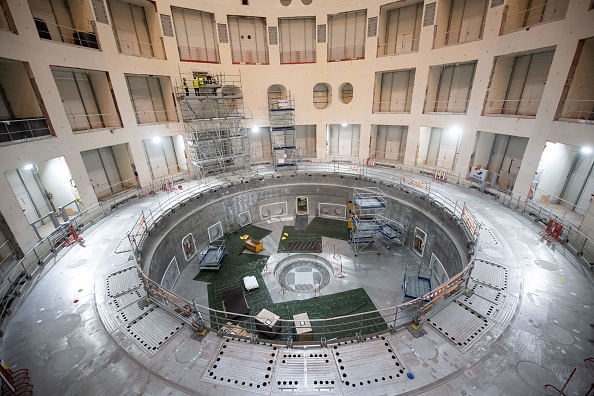 (Photo : Photo by CLEMENT MAHOUDEAU/AFP via Getty Images)
Technicians work on the bioshield inside the Tokamak Building with the base of the cryostat at its base during the launch of the assembly stage of nuclear fusion machine “Tokamak” of the International Thermonuclear Experimental Reactor (ITER) in Saint-Paul-les-Durance, southeastern France, on July 28, 2020.

As of writing, this nuclear tech is still under development. Experts said that ITER may become operational around 2035. However, one of its major fuel sources might soon disappear before the structure is completed.

ITER has a donut-shaped nuclear reactor called tokamak, which relies on tritium and deuterium. This tech smashes the two hydrogen fuels until they fuse in hotter plasma than the sun’s surface.

Thanks to this, the massive nuclear structure can generate enough clean energy for thousands of households. But, this may not happen as tritium continues to decline.

According to The Wired‘s latest report, deuterium is quite different from tritium when it comes to the source. Deuterium can be acquired from seawater. 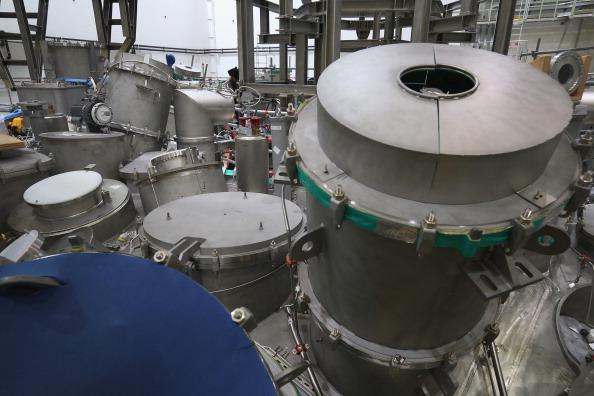 (Photo : Photo by Sean Gallup/Getty Images)
Pieces protrude from the top exterior of the Wendelstein 7-X experimental fusion reactor at the Max Planck Institute for Plasma Physics on October 29, 2013 in Greifswald, Germany. Scientists hope to heat a miniscule amount of hydrogen to 100 million degrees in order to melt the atomic cores into helium.

Also Read: NASA Vs. China Space Race to Become Nuclear Competition! Here’s What This Atomic Energy is Capable of

Since 97% of the Earth is composed of water, this hydrogen fuel will not decline easily. On the other hand, tritium is quite the opposite.

Experts said that tritium is incredibly rare. They believe that since this hydrogen fuel is decaying fast, it only has around 12.3 years until half of it vanishes.

If this is true, then the largest nuclear fusion reactor will have a hard time operating.

Researchers stated that once tritium decays, it actually becomes another form of fuel energy called helium-3.

Vice reported that helium-3 could lead t a limitless clean power. But, it is still inaccessible since most of it is floating in outer space, especially on the moon.

A new study stated that helium-3 is a helium isotope that is considered a powerful energy source for future nuclear fusion reactors.

If you want to see further details about helium-3, you can visit this link.