The James Webb Space Telescope achieved a huge milestone after it spotted the first light from a star through an instrument.

After its successful deployment, the space observatory is now ready for the alignment of its 18 mirrors which will take up to three months, according to NASA engineers. 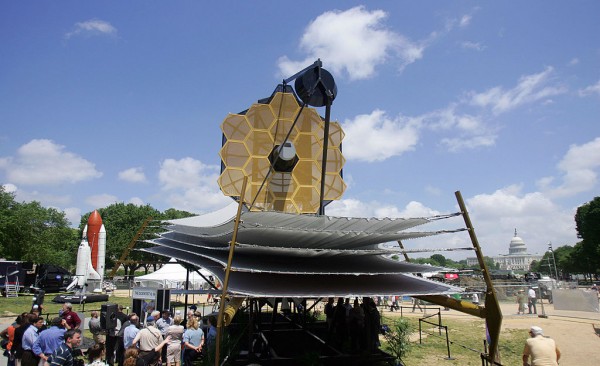 (Photo : TIM SLOAN/AFP via Getty Images)
James Webb Space Telescope achieved a huge milestone after it spotted the first light from a star through an instrument.

According to a report by Gizmodo, the recently-spotted star HD84406 is situated 241 light-years away from the planet. Particularly, this glowing celestial body can be found on the Great Bear constellation (Ursa Major).

Although the captured photos will not help NASA in its astronomical exploration, this prompted engineers to now start aligning the “18 gold segments” of Webb’s main mirror which measures 6.5 meters.

The detection of the first target star will not be possible if there’s no Near Infrared Camera (NIRCam). Before being used, it needs to cool down first to -244 degrees Fahrenheit or -153 degrees Celsius as part of its operational requirement.

According to Mark McCaughrean, the senior adviser at the European Space Agency or ESA, the team has only 18 “individual blurry” images at the start. He added that they will capture a “nice sharp image” in the end.

The experts who operate the James Webb Telescope will tweak its mirror segments to come up with a more polished surface for the camera. NIRCam will be continuously used in spotting the distant star, HD 84406.

According to Space.com, this process might take place until the latter part of April. Since several adjustments are to be made before getting the perfect glimpses of the star, the crystal-clear images might be launched to the public in either June or July 2022.

McCaughrean, who also works at JWST Science Working Group as a scientist, stated that the whole success of the Webb Space depends on NIRCam. This is because the other three tools could not surpass the said camera when it comes to the assignment of aligning the mirror.

Among the three, the scientists used the last one after “partially” switching it on during the time when the space observatory traveled to its destined path.

The cooling down of the instruments is not an instant activity similar to allowing the coffee to go cold after some minutes. Before reaching their operational temperatures, it will take weeks to happen.

After more than 10 years of several delays, the James Webb Space Telescope has been finally deployed on Christmas eve. The $10 billion project has become a major success for the astronomers who dream of launching a huge observatory since the 1990s.

In another report by Tech Times, the Hubble Space Telescope snapped photos of three galaxies that appear to be pulling each other. The scientists named the galaxy group NGC 7764A inspired by the popular sci-fi series “Star Trek.”