The James Webb Space Telescope achieved another milestone after it successfully locked onto a star using the Fine Guidance Sensor or FGS.

NASA and CSA confirmed that the pointing instrument is functioning well so far. 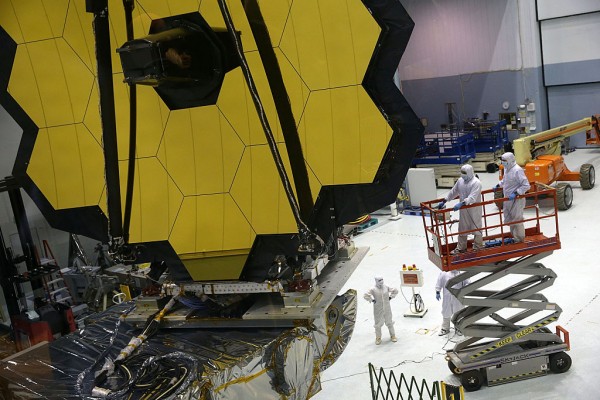 (Photo : Alex Wong/Getty Images)
James Webb Space telescope has achieved another milestone by using a guidance sensor to lock on a guide star.

According to a report by Slash Gear, the huge space observatory was able to activate its Fine Guidance Sensor on Sunday, Feb. 13.

The CSA confirmed on Thursday, Feb. 17 that James Webb succeeded in tracking a particular “guide” star on its journey.

As far as we know, setting up this huge space telescope is not a simple process, to begin with. Now that the scientists tested the functionality of the FGS, the pointing instrument is expected to be used for the mirror alignment of the observatory.

In this process, 18 hexagonal segments will undergo alignment as part of the creation of the primary mirror.

Earlier this month, Tech Times reported that the space telescope spotted a glowing celestial body which is 241 light-years away from the Earth. This was made possible using the NIRCam or the Near Infrared Camera.

After witnessing the first light from a star, the engineers will now move forward in handling the alignment of its parts. It was indicated in the report that the first “clear” images of the star will possibly come out in July.

“In the coming weeks, with the help of the FGS, each mirror segment will be carefully adjusted to ‘stack’ these [individual segment] views and calibrate the rest of the telescope‘s optical elements, to ultimately create a highly focused image of a single star,” the CSA stated in a report from Space.com.

The Role of the Fine Guidance Sensor

Regarding this another achievement of using the Guidance Sensor, NASA posted a commentary headed by Nathalie Ouellette and Rene Doyon. The two experts explained the function of the sensor.

In a statement, the scientists said that the FGS is useful in calculating the “exact” position where the guide star is located. This process takes place 16 times each second.

When the James Webb Space Telescope reached this breakthrough, the scientists commented that they were “thrilled” to know that the sensor smoothly worked. The FGS will be helping the NIRCam in spotting the right spot of the star.

The exploration of the popular observatory will still take many months before being finished. This is because of the cooling requirement for the instruments. They need to cool down at -384 degrees Fahrenheit before being utilized for another activity.

In a separate story written by Tech Times, NASA said that the space observatory can discover the “views of chemistry” in the universe. The Webb Space telescope has the potential to unveil more information about astrochemistry.