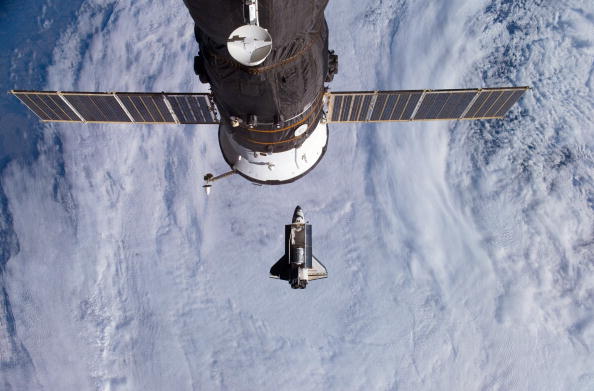 (Photo : Photo by NASA via Getty Images)
In this handout provided by NASA, Backdropped by a blue and white Earth, Space Shuttle Discovery approaches the International Space Station during STS-120 rendezvous and docking operations October 25, 2007. Docking occurred at 7:40 a.m. (CDT) on Oct. 25, 2007. The Harmony node is visible in Discovery’s cargo bay.

Most of them focus on studying the mystery of the galaxy. Meanwhile, other research is about gravity’s absence on the human body. 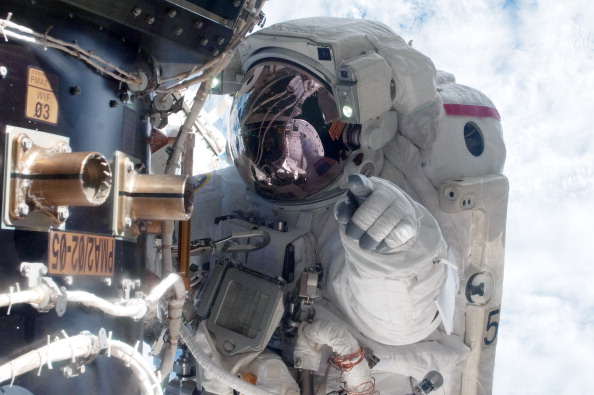 (Photo : Photo by NASA via Getty Images)
In this handout image provided by the National Aeronautics and Space Administration (NASA), NASA astronaut Mike Fossum, Expedition 28 flight engineer, waits at an International Space Station’s pressurized mating adapter (PMA-2) docked to the space shuttle Atlantis, as the station’s robotic system moves the failed pump module (out of frame) over to the spacewalking astronaut.

Thomas Marshburn, a NASA flight engineer, was the one that set up the MSG equipment, which is used to study the molecular and cellular changes in the skin cell samples they have.

LGS is expected to offer unique insights into the onset and progression of cancer. If the two experiments are successful, ISS astronauts will use the acquired data to improve the current therapies for skin aging and cancer tumors.

Other Activities of ISS

However, this plan of NASA is expected to affect its partners, making them rethink how to cooperate in low Earth orbit.

In other news, ESA’s independence on the ISS is now being considered by European astronauts. Meanwhile, ISS astronauts recently conducted checkups to observe their health.

For more news updates about ISS and other space topics, always keep your tabs open here at TechTimes.