ISS is now testing a new technology that relies on sound to manipulate space objects. If the innovation is successful, there’s a high chance that astronauts stationed in the International Space Station can gather small materials without actually being there. 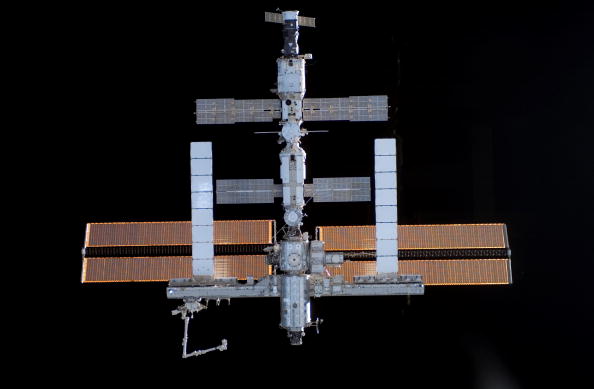 (Photo : Photo by NASA via Getty Images)
IN SPACE – SEPTEMBER 11: In this handout photo provided by NASA, a view of the International Space Station prior to the docking of two spacecrafts on September 11, 2006. The subsequent link-up will allow the STS-115 astronauts and the ISS Expedition 13 crew to team up for several days of key tasks in space.

“The objective of the Ultrasonic Tweezers project is to develop acoustic tweezers that use sound to allow for remote and contactless manipulation of materials in a microgravity context,” explained NASA.

The international space union added that they created an ultrasound beam that can produce a trap, which can be used to contain space objects.

According to SciTechDaily‘s latest report, Matthias Maurer, one of the ESA (European Space Agency) astronauts, is the one who tested ISS’ ultrasonic tweezers. 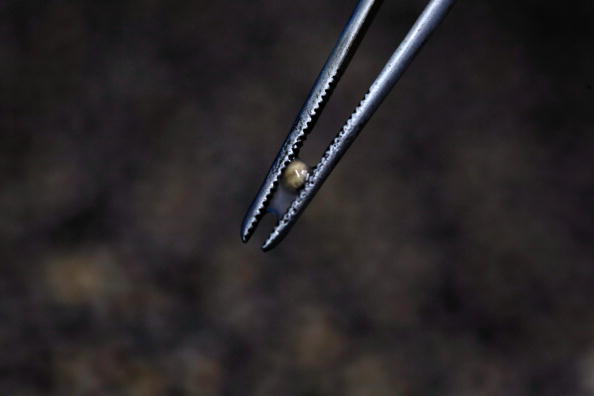 (Photo : Photo by David Silverman/Getty Images)
An Israeli worker picks up a single sturgeon egg with a pair of tweezers as she prepares caviar for packing at a processing plant on April 22, 2009 in Kibbutz Dan, Israel. Far from the Caspian Sea, where over fishing and pollution have slashed yields of this prized delicacy, fish farmers at this kibbutz are reaping the rewards of years of hard work and are cashing in on the global caviar crisis.

Also Read: NASA’s International Space Station to Crash Into Pacific Ocean on its Retirement in 2031

During this activity, Maurer was assisted by Vandehai, a NASA astronaut and former U.S. Army officer. On the other hand, NASA Gov‘s official blog post explained that the latest ISS activity used ultrasonic tweezers in a vertical position.

NASA claimed that having the ability to isolate space objects in their natural environment will help astronauts. The international space agency added that this could be possible through acoustic or optical wave traps.

The new ultrasonic tweezers have various characteristics that NASA astronauts and other space experts in the ISS can take advantage of. These include the following:

If you want to see more details about other details of the International Space Station’s ultrasonic tweezers, you can visit this link.

In other news, space explorations are now expected to become cheaper in the near future. Experts claimed that the first Venus private mission is a sign of it. Meanwhile, Toyota’s moon-exploring car is now under development.

For more news updates about ultrasonic tweezers and other unusual technologies in the International Space Station, always keep your tabs open here at TechTimes.