Home security robots are among the most helpful machines used within your house. Various manufacturers are creating different kinds of bots. 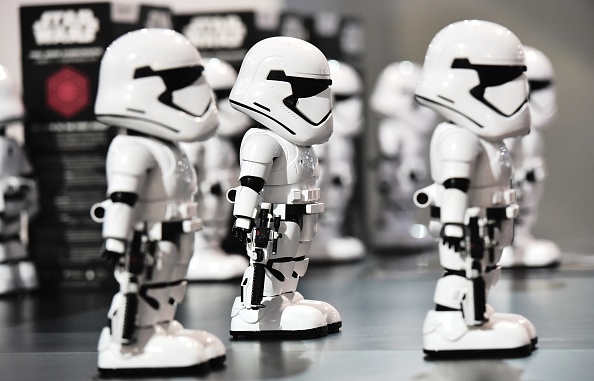 Some of them are used in car productions, while others are for space missions. There are also models used to assist human employees in restaurants, retail stores, and other places.

There are also smart home robots that are tasked to maintain or look over the house when the family members are not around.

These include the home security robots. Now, here are the models that you can check and how they work.

How To Geek provided some of the home security robots that are available for consumer use.

One of these is the Knightscope K5, a commercial security robot that can be used to patrol malls, parking lots, college campuses, as well as houses. 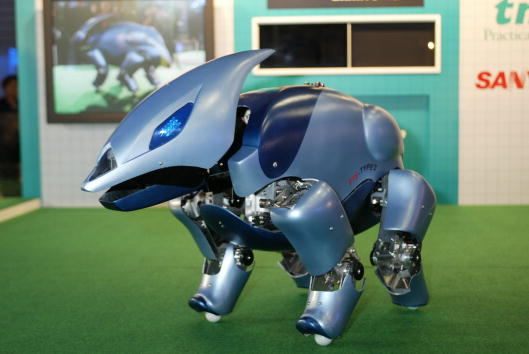 (Photo : Photo by Koichi Kamoshida/Getty Images)
A prototype of a robot guard dog “T7S Type 1″ was unveiled by Japan’s Sanyo Electric Company March 27, 2002 at ROBODEX 2002 in Yokohama, Japan. The four-legged robot, jointly developed with Tmsuk Co, a Japanese robot research firm, can link to their masters” mobile phones. Equipped with a CCD camera and a third-generation mobile phone.

Also Read: Robot Dog Sold a Painting it Made for $40,000 n Charity Auction for Ukrainian Refugees

It offers 360-degree video streaming, allowing you to check all the areas in the house and other places. Aside from this, it also offers a laser range finder, as well as radar, air quality sensor, and thermal sensors.

Aside from the Knightscope K5, here are other home security robot models you must:

Can You Trust Home Security Robots

As of writing, only a few issues involving home security robots are recorded. But, this doesn’t mean that you can completely trust them.

The Conversation reported that the existing machines in the tech industry are still not 100% perfect. This means that they can have some flaws that can harm their human operators.

Because of this, experts concluded that it is important to check the complexity of a robot before using them near humans. They added that the more complicated the machine is, the more flaws it can have.

If you want to see further details about the accidents that robots can cause, you can visit this link.

Meanwhile, a new 3D-printed fingertip tech has the same sense of touch as human skin.

On the other hand, Robot Window Washer raised more than $6.5 million for its new robotic innovation.

For more news updates about home security robots and other kinds of machines, always keep your tabs open here at TechTimes.