‘Holy Grail’ of Batteries? These Lithium-Sulfur Power Cells Have Three Times the Capacity of a Standard Li-on Battery

Drexel University scientists have found a way to improve what lithium-sulfur batteries can offer to EVs.

These power cells, which are considered to be the “holy grail” of batteries, are said to be far better than the regular Li-ion batteries because of their stability and composition. 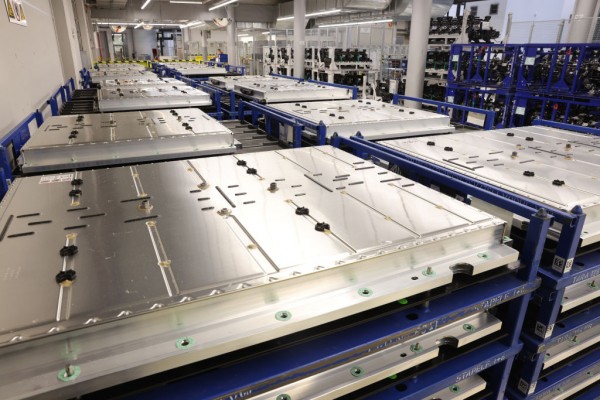 (Photo : Sean Gallup/Getty Images)
Drexel team accidentally discovered a rare chemical reaction for sulfur which will be useful for creating lithium-sulfur batteries for EVs and smartphones.

The possibilities are endless for next-gen technologies such as electric vehicles and robots. While these two are powered by special types of batteries, it’s important to consider their quality all the time.

According to a report by The Independent, the Drexel University engineers have unexpectedly arrived with a method upon developing a technique to improve the state of the lithium-sulfur batteries.

Compared to the regular lithium-ion cells that are commonly used in several applications, these batteries offer a lot of advantages such as cheaper cost and longer life cycle.

From EVs to smartphones, these batteries can be used in some machines and gadgets. The only downside that scientists deal with using it is its instability. With that, it might not be suited for commercial uses.

Every charging cycle for these cells is said to be contributing to the change in its size by about 78%.

Green Car Congress reported that the Drexel team came up with the idea of developing a stable Li-S battery with carbonate electrolyte. Aside from focusing on bringing more efficiency to these batteries, it’s also important to consider their impact on the environment.

The usual Li-ion batteries can spark concerns regarding their disposal that’s why there’s a proper way to get rid of it after it serves its purpose.

The Drexel researchers were finding a potential solution to avoid the chemical reactions from happening when the battery is charging. Instead of arriving at the design of the cathode of the battery, they came up with a discovery involving sulfur’s “rare” chemical reaction.

This brought monoclinic gamma-phase sulfur into the test. It was found out that their recent experiment prevented the formation of polysulfides.

“At first it was hard to believe that this is what we were detecting because in all previous research monoclinic sulfur has been unstable under 95C,” research co-author Rahul Pai said.

He continued that there were previous studies about the monoclinic gamma sulfur. However, the previous findings revealed that it could only stabilize for about 20 to 30 minutes.

As such, the test needs further assessment. Later, the scientists developed a cathode that does not affect the battery’s performance. After a year, there’s no indication that the chemical phase in the battery has changed.

Per Drexel researchers, the sulfur cathode became a game-changer even undergoing 4,000 cycles of charging and discharging. The normal lithium-ion battery can do that in 10 years of regular usage.

The new cathode showed no signs of degradation. Instead, it remained stable and it led to the conclusion that it was three times more stable than its Li-ion counterpart.

Furthermore, several tests will still be conducted by the researchers to have a strong grasp of its mechanism. If it will be deemed to be useful for EVs and other technologies, we might see lithium-sulfur batteries in commercial markets someday.

To view the study entitled “Stabilization of gamma sulfur at room temperature to enable the use of carbonate electrolyte in Li-S batteries,” visit Nature.com.

In 2020, Tech Times reported that EVs can take advantage of black phosphorus because of its efficiency in recharging the vehicle.

Last year, the tech site wrote in another report that electric vehicles can also rely on solid-state batteries with pure silicon nodes. Just like sulfur-based cells, they are considered to be cheaper than the common batteries.

Read Also: Tesla Invests Another $3.1 Million for the Development of EV Batteries in Canada–Here Are its Goals