A high-speed space junk that weighs around three tonnes will soon reach the far side of the moon. 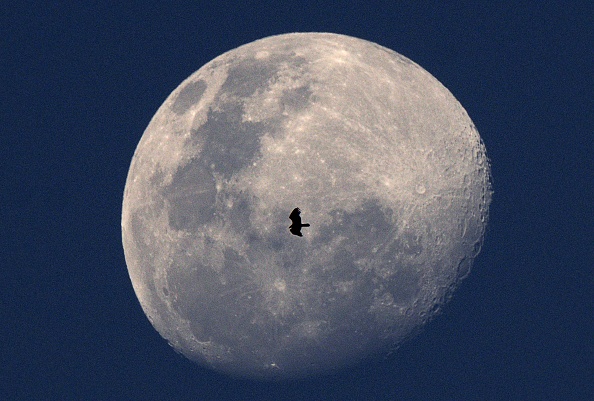 (Photo : Photo by LUIS ACOSTA/AFP via Getty Images)
TOPSHOT – A Turkey vulture is backdropped against the Waxing gibbous moon in Panama City on March 25, 2021. (Photo by Luis ACOSTA / AFP)

Researchers concluded that it might make an impact, creating a massive hole in the Earth’s natural satellite.

This space event is expected to happen this coming Friday, Mar. 4. As of the moment, the rocket debris is going at around 5,800 mph.

Once it reaches the moon’s far side, it will no longer be visible to various Earth-based telescopes. Experts said it would take weeks or months before satellite images could confirm the massive collision.

According to NBC News‘ latest report, once the giant space junk collides with the moon, it is expected to create a massive hole that can be between 33 feet to 66 feet.

At first, Elon Musk’s SpaceX said that the lunar debris was from one of their rockets. 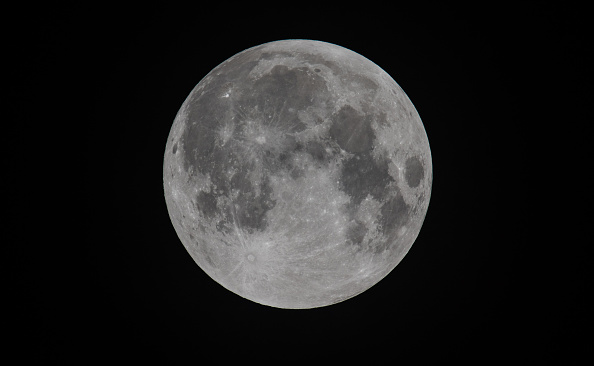 (Photo : Photo by Matt Cardy/Getty Images)
GLASTONBURY, UNITED KINGDOM – SEPTEMBER 28: (EDITORS NOTE: Image has been converted to black and white) The moon is seen prior to the Penumbral Eclipse starting on September 28, 2015 in Somerset, England. TonightÕs supermoon – so called because it is the closest full moon to the Earth this year – is particularly rare as it coincides with a lunar eclipse.

Also Read: NASA is Planning to Put a Nuclear Reactor on the Moon | How You Can Help

However, the independent space agency corrected this information, explaining that it is not a Falcon rocket.

Bill Gray, an asteroid tracker expert, said that it might be from a Chinese rocket that was sent to gather moon samples back in 2014.

However, the Chinese government rejected this statement, saying that the rocket used back then had already re-entered the Earth’s atmosphere, causing it to burn up.

Will It Be Destroyed Before Hitting the Moon?

As of the moment, NASA and other space agencies haven’t confirmed if they will try to destroy the space junk before it hits the moon.

Since it is so close to making an impact on the planet’s natural satellite, the collision will likely happen.

“The effect will be the same. It’ll leave yet another small crater on the moon,” said Jonathan McDowell, a space expert at the Harvard and Smithsonian Center for Astrophysics, via NBC South Florida.

Right now, the moon is covered with small and massive craters from various space debris and asteroids.

In other news, Australia’s space junk effort was recently announced. This program was expected to turn debris into fuel. Meanwhile, Utah researchers claim that Earth’s space junk rings could happen.

For more news updates about space debris and other space topics, always keep your tabs open here at TechTimes.