Hackers can take over retired or decommissioned satellites once they travel to reach their so-called graveyard orbit. This information was revealed during the ShmooCon security conference, which happened last Friday, Mar. 25. 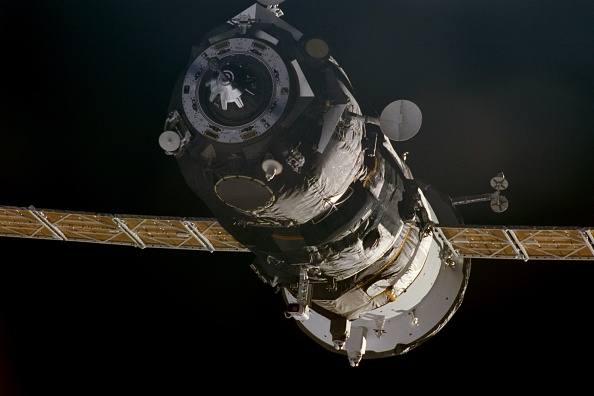 Karl Koscher, an embedded device security expert, asked the people at the conference about the things that can happen to decommissioned satellites as they transition to the graveyard orbit.

Koscher and his co-workers conducted an experiment to see if they could take over the decommissioned Anik FIR satellite. Lucky, they were able to do so.

“It’s kind of unreal to go from making a video stream to having it broadcast across all of North America,” he said via The Wired.

Koscher explained that once satellites are decommissioned by the space agency that launched them, they will no longer have any control over the retired rockets. 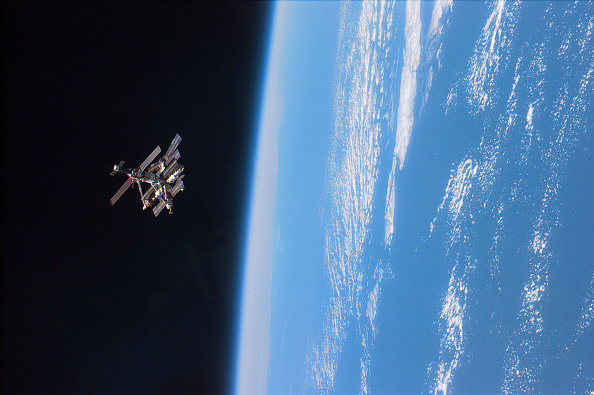 (Photo : Photo by NASA/Newsmakers)
STS-79 astronauts enjoy this view of the Mir complex backdropped against the blackness of space over Earth’s horizon. A thin blue line of airglow runs parallel with Earth’s horizon, September 24, 1996. Mir is nearing the end of its existence as Russia plans to steer the craft out of orbit in late February 2001 in a controlled crash to dump the space station safely into the Pacific Ocean.

Because of this, other entities on the planet can take them over before they reach the graveyard orbit, which is the junkyard orbit of Earth.

He added that the people or agencies who can produce the strongest signal could control the satellites to broadcast their announcements and other activities.

Some cybercriminals were already able to do this. For example, the Captain Midnight hacker was able to breach the Galaxy 1 satellite, allowing him to break into an HBO broadcast back in 1986.

On the other hand, 39 suspects were arrested by the Brazilian Federal Police in 2009 after they were accused of hacking some U.S. Navy satellites.

Authorities said that they were able to do this using a high-powered antenna, as well as other hacking gear.

As of the moment, many satellites are being decommissioned as new ones are launched by SpaceX and other space companies and unions.

One of these is two missile-tracking satellites. SpaceNews reported that the DoD (Department of Defense) let go of two STSS (Space Tracking and Surveillance System) sats.

Last month, the SpaceX Starlink launch was able to send 50 satellites into orbit.

For more news updates about satellites and other space topics, always keep your tabs open here at TechTimes.

Related Article: OneWeb to Use SpaceX’s Falcon 9 to Deliver Satellites; Elon Musk Says It will ‘Do the Right Thing’ for Rival