Ford is indeed popular for its production of automobiles and luxury cars. Over the past years, the company has been expanding its coverage outside the auto industry.

This time, the automaker has started using robots to operate the 3D printers without requiring any help from humans. The Michigan-based corporation now looks forward to reducing the cost of the operation thanks to its patent-pending system for automation. 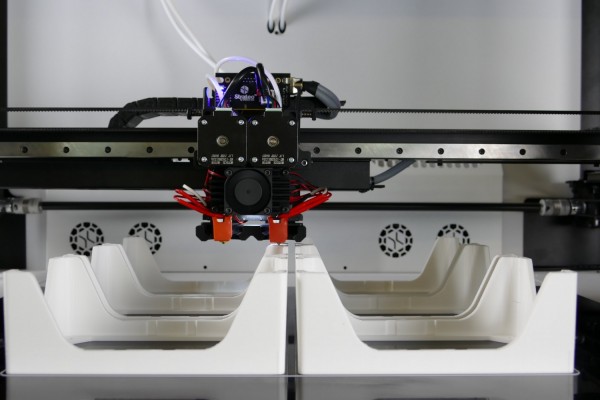 According to Slash Gear‘s report, the Ford robot dubbed “Javier” is reportedly the machine responsible for initiating the 3D printing process. This robot can operate the printers autonomously, meaning that no humans are involved in the process.

Since it’s a machine, the robot still needs short breaks when it runs out of battery. According to Ford, Javier works all day with only one thing to do: printing.

Interestingly, this KUKA-built robot shares the same language with the Carbon 3D printers — that’s why there’s no issue when it comes to machine-to-machine communication.

Through the Advanced Manufacturing Center of the company, the robots are helping Ford to reduce margins of error in the operation. They also provide more accurate results during the process.

With regards to the use of different communication interfaces, Ford now made it easier thanks to its system, which lets equipment from various suppliers interact with one another. The real-time feedback and commands were sent as well at the same time.

After the 3D printer successfully finishes printing a car component, the robot will retrieve it and place it in a particular retrieval area. This is where the human operators will amass it later, per Tech Crunch‘s report.

Although the robot could carry out autonomous tasks with the printers, the humans should first upload the 3D printer designs before the automation commences.

Javier is the lone robot that can do autonomous tasks with other machines. Tech Times spotted four years ago that the automaker filed a patent for an autonomous Robocop police car.

The main goal of this machine is to watch for the violators who will exceed the given speed limit or those who will proceed during the red light signal.

Surprisingly, it’s like the police who will give a violator a ticket. The only difference is that this robot will issue tickets remotely.

Aside from that, Ford said that it would equip its robot with several sensors, LIDAR, microphones, cameras, radar detectors, license plate readers, and other significant components.

In the same year, Ford also introduced a high-tech dog house that cancels noise. At that time, the car brand said that it would be perfect for owners who wanted to have a stress-free New Year’s Eve.

For some people, it’s important to ensure that your pet is in a safe condition during noisy celebrations. Ford’s minimalist house can occupy at least one huge dog or two small dogs. It comes with a good ventilation system and an automatic glass door.