Ford, PG&E to Use F-150 Lightning EV as ‘Power Bank’ During Disasters, Use Its Charge to Power Homes

Ford and PG&E are planning something big in the future for the F-150 Lightning Pickup Truck, and it is to use the vehicle as a power bank in events of power outages and natural disasters. The main focus of the collaboration is for California’s catastrophes, including that of the wildfire and many more, to refrain from having to lose power in the area.

Automotive News reported that California’s Pacific Gas and Electric Corp. and Ford are planning to join hands and create a project to use the F-150 Lightning EV as an energy device. The focus would be to turn the car into a “power bank” and provide power to one’s home in the event of a natural disaster or calamity.

Calamities like storms and wildfires in California are frequent, pushing the power companies and providers to shut down the grid and avoid further damage to homes. However, the presence of Ford F-150 Lightning EVs may help prevent the need to leave people without access to power, giving them a chance to connect to the grid.

High wind conditions during wildfires are dangerous, and cutting off the power, can effectively lessen its risk for the homeowner and their families during these calamities. According to Cnet, PG&E will test the capabilities of the prototypes, beginning with five Ford F-150 Lightnings on its testing phase.

Its plans will depend on the tests now if it would be effective practically.

Ford F-150 Lightning is Shaping Up 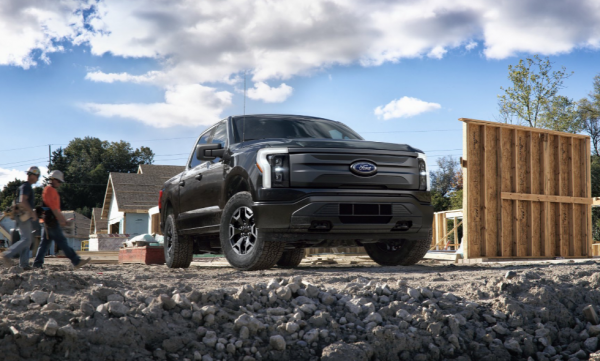 Ford is stopping at nothing to bring the world its new electric vehicles that will provide the current industry and its consumers a new option for EVs to purchase and use in the switch to clean energy. One of the most famous EVs now is the Ford F-150 Lightning electric pickup truck, and the company already plans to increase its production despite not yet delivering.

The popularity of one of the most renowned pickup truck lineups in the world is getting an electric motor, and that there have been over 200,000 preorders of the vehicle from last year already. Ford had to stop its preorder ventures as it may not deliver the EVs in time as a massive amount of its demand might overwhelm the company.

2022 is a new year for Ford, and the company aims to deliver the vehicle in the coming months for all its initial customers, shaping up to be their year for its EV models. However, it does not plan on releasing its EVs alone, but its reported partnership with the likes of PG&E and transforming the vehicle as a device that can power homes in natural calamities.