Meteorites might have delivered the first Earth life components. This is what some Japanese space scientists claim in their new study. 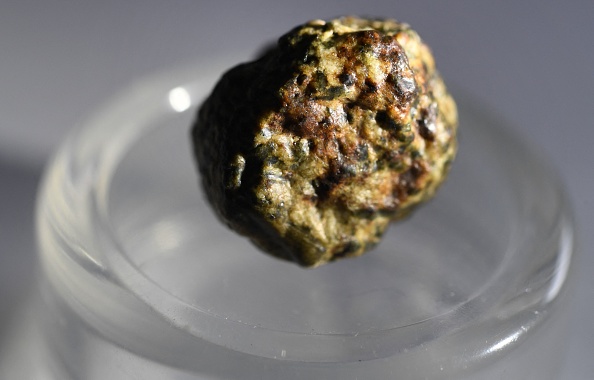 (Photo : Photo by FRED TANNEAU/AFP via Getty Images)
This picture taken on April 7, 2021, in Brest, western France, shows a fragment of the meteorite Erg Chech 002. – Scientists believe they have identified a meteorite formed in the first million years of our solar system, making it the oldest known meteor of volcanic origin. The space rock, which began its journey some 4.5 billion years ago.

If this is true, then their discovery can be quite helpful in knowing more about the first life forms on Earth.

The Japanese space experts shared their findings in the new study titled “Identifying the wide diversity of extraterrestrial purine and pyrimidine nucleobases in carbonaceous meteorites,” published in the Nature Communications Journal on Apr. 26. 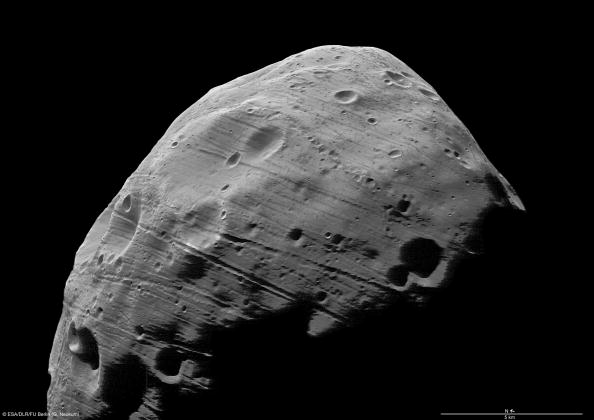 (Photo : Photo by NASA/ESA via Getty Images)
This handout image from ESA/NASA, obtained August 21, 2008 taken by the High Resolution Stereo Camera on board the ESA?s Mars Express shows the highest-resolution full-disc image yet of the surface of the moon Phobos. The image data was acquired from a distance of 97 km with a spatial resolution of about 3.7 m/pixel in orbit 5851.

Also Read: Lyrids Meteor Shower Is Coming, Here’s How to Watch It and Take Photos Using Camera or Smartphone

These compounds are needed for DNA and RNA to form. Yasuhiro Oba, an astrochemist professor at Japan’s Hokkaido University, analyzed three different meteorites.

Oba and his team observed the Murchison meteorite, which is located in Australia, and the Lake Murray and Tagish Lake meteorites.

“The influx of such organics is considered to have played an important role in the chemical evolution of the Earth’s primordial stage,” explained Professor Oba.

The Japanese space scientists claimed that all the four main nucleobases (DNA building blocks) were present in the space debris.

As of writing, Oba and his team are still studying these meteorites since some molecules remain unidentified.

While some space experts focus on understanding how Earth life came to be, other scientists explore the universe to find other life forms.

New spaceflights are expected to be conducted on Venus, one of the planets with many similarities to Earth. One of the companies that will further explore Venus.

On the other hand, a new all-sky camera network captured an unusual meteorite fireball.

Meanwhile, a NASA asteroid warning was issued on Jan. 11.

For more news updates about meteorites and other space objects, always keep your tabs open here at TechTimes.