ExoMars Rover 2022: Launch Delays as ESA Sanctions Russia; When Will it Happen?

The ExoMars Rover 2022 mission got delayed, and this is because of the ongoing crisis between Russia and Ukraine, with many space missions getting affected by the incidents. The ESA gave the country sanctions due to their actions in what is currently happening to their international relations, mainly as it already affected space programs.

ExoMars Rover 2022: No Launch This Year Due to Russia’s Issues 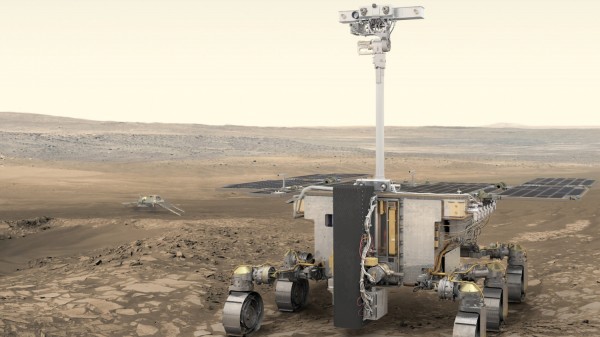 The Member States of the European Space Agency (ESA) came together and imposed a sanction on Russia because of its actions that currently make headlines. The sanction now affects ExoMars Rover 2022, a mission that focuses itself on bringing a remote-operated machine to explore the Red Planet for further knowledge.

The information gathered by Russia will give them exclusive rights to it, including those partners of the country regarding this mission. A rover’s mission is not easy and fast, as it will take years before it stops the digging that they are doing and readying itself for its return mission to the planet, which also has massive risk.

Russia’s actions involved the Roscosmos and its Soyuz rocket operations, with the ESA declaring that the country cannot focus on its missions now. The government withheld its participation in different space activities, leading to a sanction against its various tasks soon launching to the world.

The Mars Rover is highly afflicted by this happening, especially as the mission’s goal is already to reach the Red Planet in the coming months.

We deplore the tragic events taking place in Ukraine, a crisis which escalated dramatically into war in recent days. Many difficult decisions are now being taken at ESA in consideration of the sanctions implemented by the governments of our Member States.https://t.co/nOg8orZr1n https://t.co/5Mr6WexY9I

There are already different companies and countries on Mars with their rovers, and it aims to conduct studies of their own for their samples and research. One of the most famous missions now is NASA’s Curiosity and Perseverance Rover, which brought its rovers in 2012 and 2020, respectively; both have different parts of exploring.

Curiosity continues its mission despite having the Perseverance on another crater of the Red Planet.

Another known country that looked into bringing its rovers to the Red Planet in China and the Zhurong rover’s mission astounded the world with its capabilities. There were many doubts about China and its space missions as there were several incidents that disputed their capabilities. Still, the country persevered, showing that its Zhurong could handle the Martian terrain.

The rover missions are allowed for different space companies on their goals to Mars, but they’re already companies that focus on bringing humans to Mars. The missions of these rovers are to explore the Red Planet for its ability to harbor human life, and that includes finding water sources and determining the air to breathe for when life becomes multi-planetary.