Enormous Black Hole in Cosmic Halo Caught by Researchers, 15M Times the Mass of the Sun

An enormous black hole that sits inside cosmic halo dust is the center of discovery by surveying the Messier 77 galaxy in deep space. The researchers said that the black hole is 15 million times the mass of the Solar System’s Sun, and that means it is a humongous field of gravity that can devour planets and even the Milky Way’s massive star.

Enormous Black Hole in Messier 77 is a Humongous One 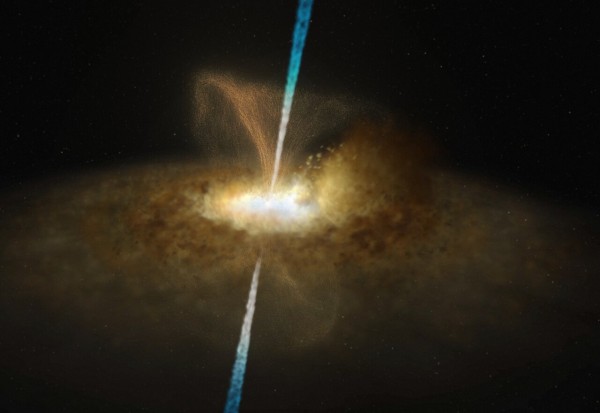 According to a report by the European Southern Observatory, a research team could pinpoint and discover a black hole in the Messier 77 galaxy that is humongous. The space object became one of the most mesmerizing discoveries of the researchers as it is a big one sitting inside a cloud of cosmic halo dust in the faraway galaxy.

The black hole in the Messier 77 galaxy is 47 million light-years away from the planet, meaning that it would not affect us that much compared to nearby objects. The paper entitled “Thermal imaging of dust hiding the black hole in NGC 1068” brings the report on the black hole that was recently published earlier today, February 16.

Black Hole is 15M Times More than the Sun’s Mass

The size of the black hole is humongous and is unlike any other as it is 15 million times more than the mass of the Solar System’s Sun, which is at 1.989 × 10^30 kilograms. The Supermassive black hole is hidden behind cosmic halo dust, which is why it was not spotted before, despite its massive size in the Messier 77 probes.

Black Holes and its Many Discoveries in Space

A black hole is so intense and powerful that no object would be able to escape it once it devours it inside its center. No one knows what the other end of the black hole would be, especially as it is a different kind of power that brings no explanation for people, with some thinking that it will get objects to another place in space called the “singularity.”

However, according to Albert Einstein’s Theory of Relativity, scientists discover something glistening from inside despite the black hole appearing as an infinite abyss that has no light at its other side. The only baffling thing about this is that the scientists do not know what the other end entails, especially as it is a massively unknown space object.

An X-ray telescope called eROSITA created a map that correctly identified different black holes in space alongside their places in the vast cosmic skies.

Black holes are many in space, and it is one of the objects there that have no specific origin and the answer to why it exists. Nevertheless, these objects are there, and humans only need to be aware of them to avoid particular dangers or risks.