Elon Musk revealed the plans for SpaceX and Starlink in the coming months, focusing more on the Falcon missions and the satellites needed for the overhead internet connection from the company. One thing is for sure: the tech CEO is aiming for several massive projects for both his space ventures, focusing more on its self-growth. 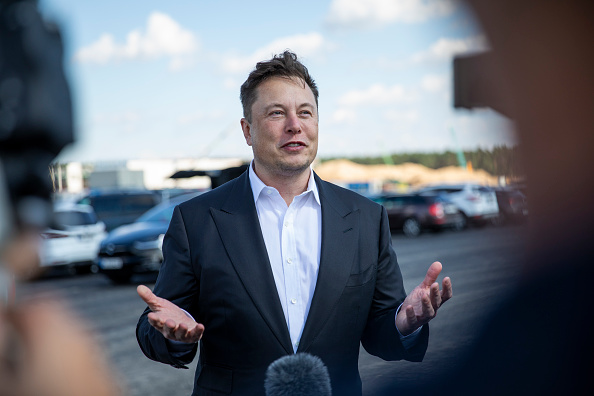 (Photo : Maja Hitij/Getty Images)
Tesla head Elon Musk talks to the press as he arrives to to have a look at the construction site of the new Tesla Gigafactory near Berlin on September 03, 2020 near Gruenheide, Germany. Musk is currently in Germany where he met with vaccine maker CureVac on Tuesday, with which Tesla has a cooperation to build devices for producing RNA vaccines.

Tech CEO Elon Musk posted tweets regarding the upcoming missions for SpaceX for 2022, and the company focuses on expanding its launches to 60 flights before this year ends. All of the assignments for SpaceX that Musk talked about are solely for the Falcon 9 only, and it does not include other spacecraft of the company.

For now, the only focus is on SpaceX’s Falcon 9 as it is the utilized rocket for most of its needs, even the mission it has with NASA for the Commercial Crew program’s Dragon. However, these may be the final moments of Falcon 9 as the company aims to bring the Starship to different light, featuring it as the rocket that will carry SpaceX its bountiful future.

Starlink 🛰 team too! Expecting over 4200 Starlink satellites in operation within 18 months, which is ~2/3 of all active satellites of Earth.

Musk also reveals the company’s plans for Starlink and its satellite internet operations in the coming 18 months. The billionaire said that Starlink would operate 4,200 satellites to bring massive connections to different parts of the world. Musk said that it is two-thirds the number of active satellites on the planet now.

Elon Musk and His Space Ventures

One of the most memorable launches of SpaceX was the first week of March also the first nine weeks of the year, also being the Falcon 9’s ninth launch for 2022. The spacecraft’s launch is a commemoration of something massive, in celebration of the company’s success with its ventures and its aim to grow its operations in the industry.

Apart from the many satellites launched for Starlink, one of the most significant ventures now is making its services available and broader in the country of Ukraine. Musk went as far as to provide on-the-go charging features for SpaceX, mainly focusing on car chargers that will provide the electricity it needs or solar power options.

SpaceX and Starlink are two companies that center on space and many of their ventures, with Elon Musk providing critical information to the public for all of its happenings or events. The new launch count and satellite operations only indicate that the activity of both SpaceX and Starlink is not ceasing anytime soon.