Easter Moon 2022 Will Show Pink Color This April! How To Capture Instagrammable Photo With Your Smartphone

The Easter Moon will have a completely pink look once it happens this Holy Week. It got its name since it happens every April each year. 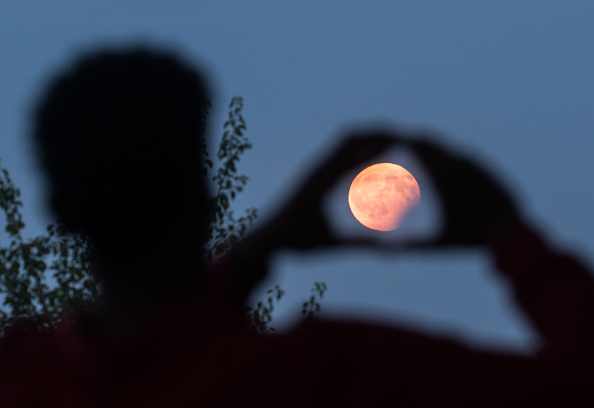 (Photo : Photo credit should read FRANK RUMPENHORST/DPA/AFP via Getty Images)
A man frames with his hands the moon standing in a partial lunar eclipse on August 7, 2017 in Frankfurt am Main, western Germany. / AFP PHOTO / dpa / Frank Rumpenhorst / Germany OUT

The Easter Moon or Pink Moon is not a solar or lunar eclipse. It is a full moon that will be appearing on Saturday, Apr. 16, which is the “First Day of Passover.”

Aside from the two mentioned names, it also has other titles, such as the Egg Moon and the Hunter moon. But, the Easter Moon is the most popular one.

According to Euro Weekly News‘ latest report, the Easter moon will appear at exactly 2:55 p.m. EST. Space experts said it would last for around three days, becoming visible to the naked eye. 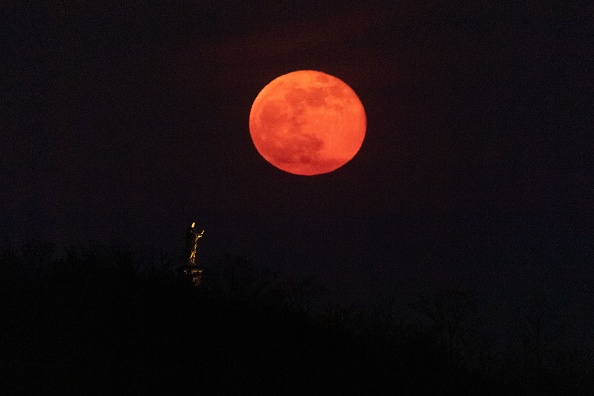 Also Read: First Moon Rocks Since 1976 Returns to Earth with Potential to Alter Lunar History | Is the Moon Alive?

On the other hand, NASA said that the pink color of the full moon might start forming on Friday, Apr. 15.

“The next full moon will be early Friday morning, March 18, appearing opposite the Sun in Earth-based longitude at 3:18 a.m. EDT,” said the international space union via its official blog post.

The Pink Moon is expected to be seen in North America when it comes to place. But, people in other parts of the globe may also see it.

How To Take Photo of Easter Moon?

Watching the upcoming Easter Moon with your naked eyes is quite exciting. But, it will also be fun if you can capture its image.

If you don’t have a DSLR or a video cam, you can just grab your phone and take photos of the Pink Moon. But, there are some instances when the captured images are blurry or not pleasing to the eye.

Now, here are some tips you can do to capture Instagrammable images of the Easter Moon using your handset:

On Mar. 3, it was announced that the NASA Artemis I Moon mission will bring people’s names to the Moon.

Meanwhile, a photo of the moon photobombing the Sun went viral back in 2020.

For more news updates about the Easter Moon and other space events, always keep your tabs open here at TechTimes.