Earth Day 2022: Lyrid Meteor Shower to Peak in the Evening, Here’s How to Watch

Earth Day 2022 is bringing an event that invites the public to take part in saving energy in the entire world, helping to lessen the power consumption globally at least once a year. Apart from the power saving event, it will also be when the famous Lyrid meteor shower peaks, being the perfect time to watch the cosmic event as the environment is dark. 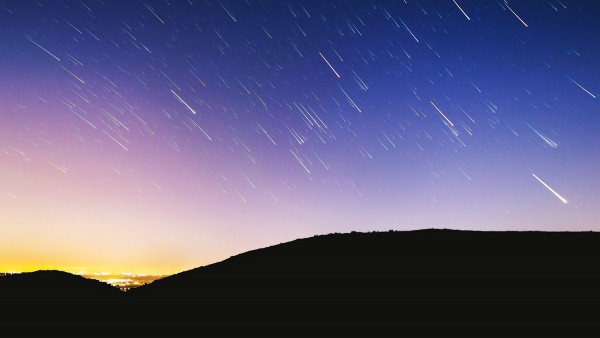 Earth Day 2022 is taking place in its annual timeline from Friday, April 22 to Saturday, April 23, for the world to join and show their love for the planet. In the present era, where industries modernized technology and everything else on the globe, power is a massive thing to run certain things, and with that, consumption is immense.

The Lyrid meteor shower is also peaking simultaneously, and it is an almost accurate lights show for this year, the same as the past times. It is a perfect timeline for all that want to enjoy a nighttime activity with their loved ones, friends and family included.

The Earth Day and the annual Lyrid meteor shower during Spring are two perfect opportunities to join in on a global event and an ideal time to be a part of a massive happening in the world.

Read Also: NASA’s Artemis I SLS Rocket to Get Repairs Due to Faulty System from Tests, Nitrogen Supply

Meteor showers are best to watch in an environment where everything is dark and away from the city noise or pollution. Additionally, it is ideal for watching it in an open field that does not have obstructions or at least a rooftop view that has no lights atop it.

It is best to watch the Lyrid meteor shower at its peak from the late-night times to the break of dawn. It is when the Lyrid is at its best light show and will appear in the sky for longer times. In the United Kingdom, the best time to watch it is at around 5 AM, and in the US, it is approximately 9 to 10 PM.

The Lyrid meteor shower is a yearly tradition for some to watch, and it is because the lights show from the stars come at an annual event, and the public has a chance to witness the event. Last year, the Lyrid meteor shower peaked at the same time as it will peak this year, and its almost accurate appearance makes it a sight to see.

There are many meteor showers to watch in a yearly tradition, and it is because the Earth rotates around to follow a track in the same imaginary line around the Sun.

These meteor showers are fragments of past comets or meteors that broke down into shards and are staying in the same region or area, and when the Sun shines on them while it passes the Earth, it creates an irresistible lights show.

The public has another chance to witness the Lyrid meteor shower this year, and the yearly tradition coincided with the Earth Day 2022 schedule, the same time it was in the past. It will be an excellent opportunity to watch a sky show as the Earth will be darker at some point as people tend to participate in this to contribute to less power consumption.