Like something out of a bad 1990s horror flick, researchers at the Hangzhou, China-based Zhejiang University have uncovered a way not only to have several various drones fly autonomously through a forest, but do it fully in tandem. On the surface, the end result seems rather straightforward, but to the researchers who have dedicated several years’ worth of their lives on the project, it has been a mountainous climb.

Published in Science Robotics journal on May 4th, apt of all dates given their credits to Star Wars: Episode III as inspiration in the report’s opening few lines, said researchers underscore the value and importance behind air traffic flows amidst urban cityscape settings. Zhejiang University researchers thus set out to “take a step forward such a future” as represented in films like Blade Runner 2049, Ender’s Game, and Prometheus.

Although drone swarms alone aren’t new in the slightest, evidenced in years of R&D on the concept witnessed most prominently within militaristic settings, the group’s offered study proves to be groundbreaking in the relation shared amongst the bots themselves. The group was able to successfully demonstrate a drone swarm that literally works autonomously, which means that a main computer held the reins of each individual drone all at once. 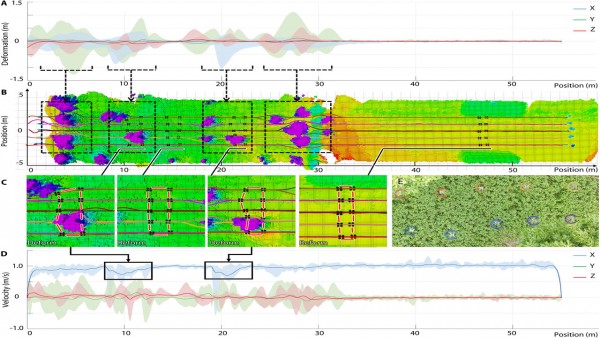 To test the feasibility of their creation, Zhejiang University researchers took to the forest, wherein dense surrounding foliage, trees, and fauna acted as the perfect buffer for their beta run. The team utilized a total of 10 bots, which are so small they can fit in the palm of one’s hand, all networked together and recorded rather incredible discoveries, most prominent among them being the swarm’s ability to fly autonomously through the woodland.

The team even utilized specific autonomous drone programming parameters that made investigations all the more worthwhile, one of which being a “follow this human” task given to the drone swarm’s autonomous computer pilot. The concept, though most interesting to those within military circles, could be used in specific catastrophic situations, wherein first responders can send in drones to assess the issue. 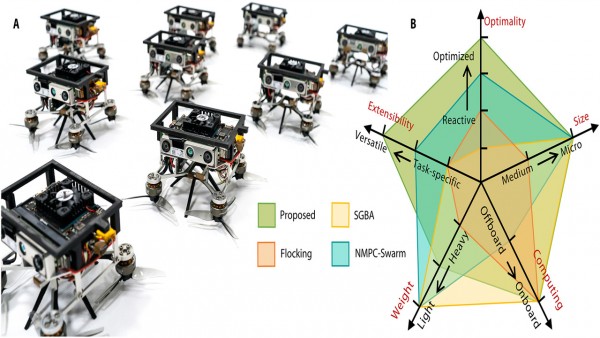 Fitted with cameras, various sensors, and rotor blades, the team’s drones were essentially cobbled together using as many off-the-shelf parts as was possible. But, key to the build were navigational mapping tools that allow the drones to render what they see into a fully fleshed out 3D representation, which the team feature within the journal.

Zhejiang University’s drones relied primarily on their sensors to course correct and make their full trajectory possible. Each drone shares the information they gather collectively, and are able to perform, as mentioned previously, specific tasks when programmed accordingly, like hovering over a specific point, or following a moving object.

Though terrifying to some, to others the research provided via the team at Zhejiang University will do wonders for future R&D into autonomous drone capabilities, drone swarms, and the breadth of autonomous vehicular concepts. As the researchers themselves put at the conclusion of their work:

“Furthermore, the proposed multiobjective trajectory planner allows high-level modules to focus on task abstraction without having to worry about common requirements such as safety and dynamical feasibility.”