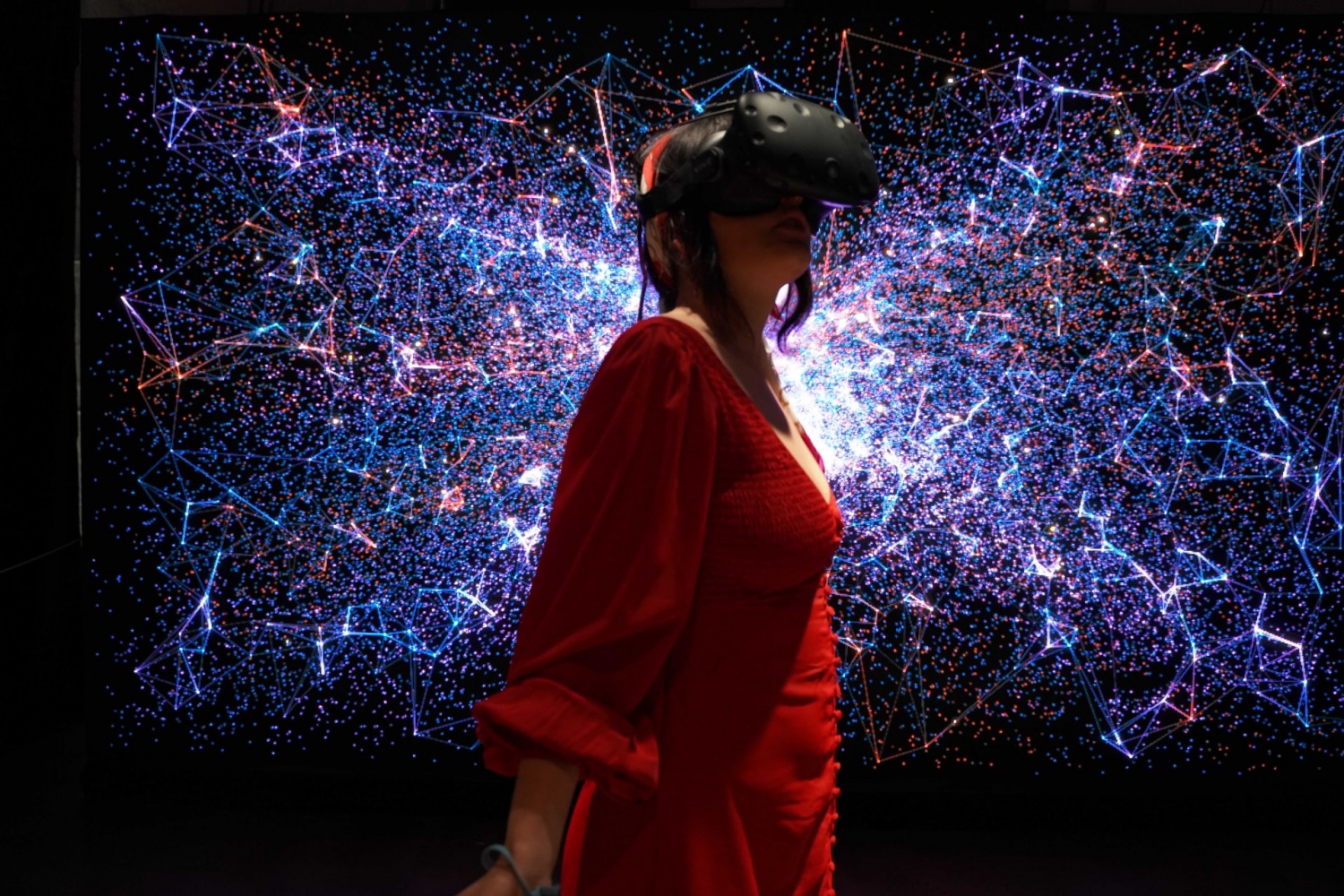 According to the story by the South China Morning Post (SCMP), Guo Cheng, the CEO of StepVR, compared their headset to Mark Zuckerberg’s Meta’s Oculus. StepVR’s headset is a large open-air box that, per Guyo, will allow users to experience a virtual world “in a way that a simple headset could not.”

StepVR’s product is set to launch in July and includes a VR headset, vibrating vest, omnidirectional treadmill, and motion capture gloves. In an interview with the SCMP, Guo Cheng said that their product allows users to “unburden yourself and fulfill your dreams in the metaverse.”

In comparison to Oculus and other headsets, the Step VR Gates01 offers “total immersion” for its users as detailed further in an article by Yahoo Finance. Buying the Gates01, however, is a bit different compared to the Oculus and other VR devices since they can only be purchased through the company’s physical shops.

As per a press release by the company, the Gates01 consumer version is expected to launch a little later. Consumers will have to pay $2,000 to $2,500 to purchase the family edition of the VR hardware but the company did not disclose how much it sold the devices to wholesalers.

According to PanDaily, StepVR plans to sell its VR hardware to North America, Japan, South Korea, Europe, and the Middle East by 2023.

The company was initially started back in 2013 and took a decade of wireless sensor networking in the Netherlands before they were finally able to come up with their current product.

StepVR has been able to raise venture capital from the Shanghai Guosheng Group and Fan Zhang, an entrepreneur and co-founder of Sequoia Capital amounting to $15.41 million in total.

The Gear01 is not actually the first product of the company. The company launched its Future Battlefield in 2019 which is a VR gear designed for the esports arena.

The company’s initial product was first sold in 140 different VR game houses around China and has risen to popularity amidst the pandemic. Now, the company is trying to capitalize on the growing interest of individuals in the metaverse.

With the rise of popularity of the metaverse, there are high expectations of VR being a way that consumers can experience the metaverse. As per Guo, they spent nine years in total trying to develop technology that resulted in the VR Gates01’s creation.

Related Article: Can Nimo Smart Glasses Replace Your Laptop? This On-the-Go Gadget Can Provide Six Virtual Screens For Your Work