China Tiangong space station will soon accept tourists. This announcement was made by the first Chinese astronaut named Yang Liwei. 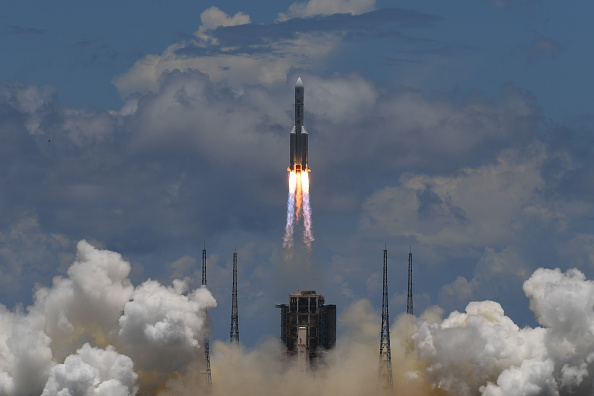 (Photo : Photo by NOEL CELIS/AFP via Getty Images)
A Long March-5 rocket, carrying an orbiter, lander and rover as part of the Tianwen-1 mission to Mars, lifts off from the Wenchang Space Launch Centre in southern China’s Hainan Province on July 23, 2020. (Photo by Noel CELIS / AFP)

Liwei, who is also a member of the Chinese People’s Political Consultative Conference (CPPCC), said that people, even without formal astronaut training, can soon visit the Chinese space module once it is completed.

“It is not a matter of technology but of demand. And it can be realized within a decade as long as there is such demand,” said the pioneering taikonaut via ECNS Wire, a Chinese media.

According to Space.Com‘s latest report, the Chinese space station is expected to accept tourists within a decade. This effort is a part of the Asian country’s planned space tourism. 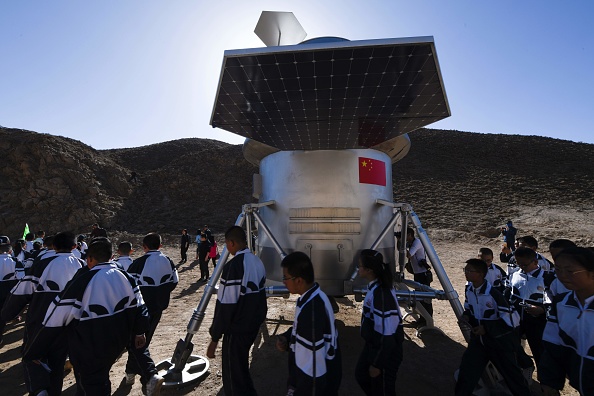 (Photo : Photo credit should read WANG ZHAO/AFP via Getty Images)
A group of students walk past a model of a lander at “Mars Base 1”, a C-Space Project, in the Gobi desert, some 40 kilometres from Jinchang in China’s northwest Gansu province on April 17, 2019. – Surrounded by barren hills in northwest Gansu province, “Mars Base 1” opened to the public on April 17 with the aim of exposing teens — and soon tourists — to what life could be like on the planet.

Right now, other space companies, such as Blue Origin, have already conducted their own commercial flights. But, the individuals who participated still underwent formal astronaut training.

But, China’s plan is quite different since people who want to visit the Tiangong space station are no longer required to go any astronaut training.

As of the moment, many commercial spaceflight options are being developed to make commercial visits to the Tiangong space station possible.

These include the Chinese Academy of Sciences (CAS) space rides, which are expected to be operational around 2025.

Meanwhile, Space Transportation is also working on new spacecraft with wings. The space plane agency said that their new rockets will soon have their suborbital flight as soon as 2025.

As of the moment, China still hasn’t completed its giant space station. But, the Chinese government said that six launches are expected to happen this year as part of Tiangong’s construction.

The upcoming space missions include the two crewed flights, Shenzhou 14 and Shenzhou 15. Aside from these, a pair of cargo supply missions are expected to happen.

Right now, the exact completion date of Tiangong is still unpredictable. But, some space experts claimed that the Chinese space station will start its operations by the end of 2022.

For more news updates about the China Tiangong space station and its upcoming activities, always keep your tabs open here at TechTimes.