Car tires are now believed to be more polluting than the actual exhausts of vehicles. This is what a new study conducted by Emission Analytics revealed. 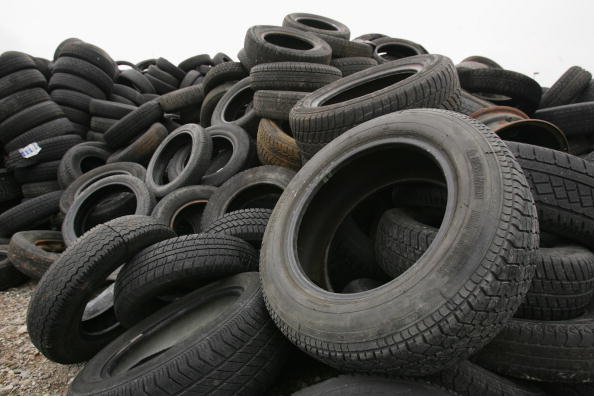 (Photo : Photo by Sean Gallup/Getty Images)
Discarded car tires lie at a depot for wrecked and abandoned cars March 9, 2007 in Schopsdorf, Germany. The disposal of used tires is an environmental headache and waste tires present environmental, health, and safety hazards.

This is quite a big reveal since many experts across the globe believe that the car engines’ fuel exhausts are more dangerous to the environment.

However, Emission Analytics’ new study contradicted this idea, saying that vehicle wheels generate more particle pollution when they wear out, around 2,000 times worse.

“We came to a bewildering amount of material being released into the environment,” said Nick Molden, one of the experts involved in the new car study.

According to WION‘s latest report, Emission Analytics’ researchers measured the particle pollution in car tires using high-precision scales, allowing them to weigh all the four wheels in a vehicle. 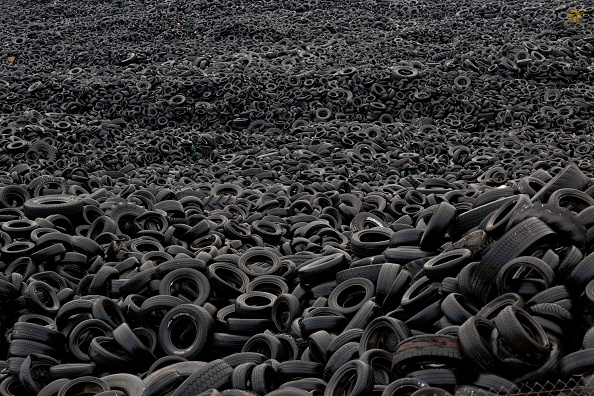 (Photo : Photo by Pablo Blazquez Dominguez/Getty Images)
Mountains of used tyres lay on a dump in the countryside on September 24, 2014 in Sesena Nuevo, near Madrid, Spain. Used tyres dump site in Sesena is a major environmental problem and was declared ilegal back in 2003, It currently stores over 75.000 tonnes of tyres.

These include the rims as well. Before examining the tires, they used them first to run around 1,000 miles. After that, they coupled their scales with a propriety sampling system, which collects particles at a fided point.

Thanks to their efforts, they discovered that tires generate more pollution particles than car exhausts. Experts claim that they can easily enter the human bloodstream and lungs once they become smaller.

This is an alarming finding, especially since around 300,000 tonnes of tires in the United States and the United Kingdom.

How To Maintain Car Tires

Since it is hard to avoid the use of tires, the best thing you can do as a vehicle owner is to prevent your wheels from wearing off. Dual Automotive provided some of the things you can do to maintain your tires:

In 2019, the Biosolar Leaf, which tackles air pollution in London, was revealed.

For more news updates about pollution and other similar topics, always keep your tabs open here at TechTimes.