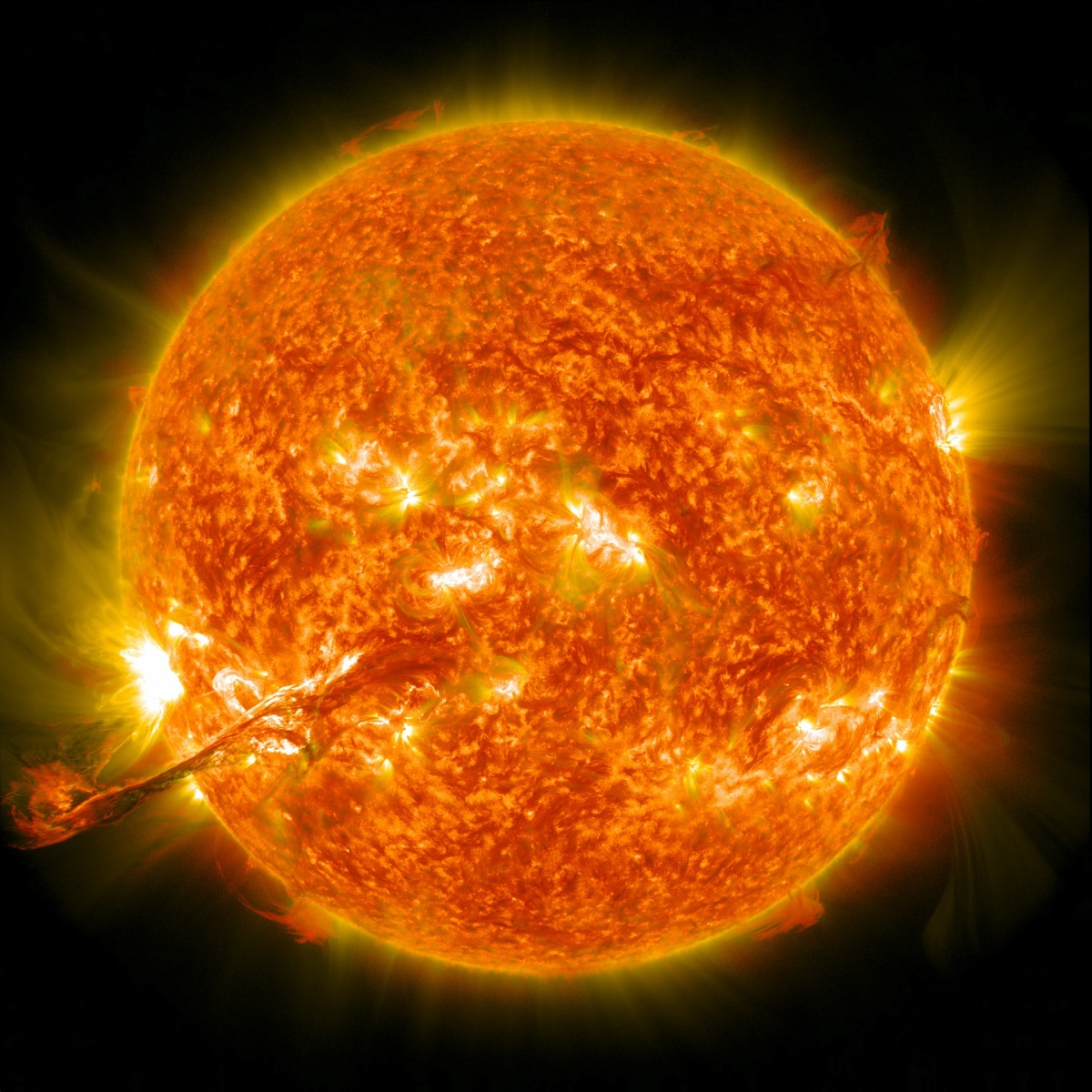 A”cannibal” gas cloud is heading towards Earth with experts noticing propagation effects deemed unusual in frequencies below 30 MHz. The unusual effects have been noticed by aviators, mariners, and ham radio operators in particular.

Since March 28, over 17 solar flares have been unleashed by the sun. According to the story by Discovery Magazine, the solar flares are “incredibly intense bursts of radiation” coming from magnetic energy from the sun’s explosive releases.

The NOAA’s Space Weather Prediction Center stated that the most recent occurrence peaked at 1:35 PM ET or 17:35 UTC. With that being said, the recent occurrence was considered an X-class flare being the most intense classification.

Solar flares are considered the solar system’s largest explosive events with a series of them happening just recently. In addition, the flares were paired with two massive clouds that were ejected.

The clouds reportedly included “superheated gas threaded with magnetic fields.” The clouds moved at around 2 million miles an hour with the second cloud overtaking the first one causing a cannibal CME, as per scientists.

The cannibal gas cloud is now heading towards Earth prompting a geomagnetic storm watch by the Space Weather Center. Should the geostorm happen, Discovery Magazine relates that a magnetosphere, which is a major disturbance in Earth’s magnetic bubble, could result in northern lights showing in North America, per Space Weather Watch on Twitter.

The auroral display could stretch from the south of Oregon, Ohio, Iowa, New York, and Massachusetts. With that, the display is expected to happen from late Wednesday to early Thursday.

A report by Space says that the sun’s activity is officially known as AR2975. SpaceWeather.com noted that AR2975 sent out the X-class flare creating a “temporary blackout in shortwave radio signals in the Americas.”

According to ranks, A-class is considered the weakest followed by B-, C-, M-class, and finally the strongest being the X-class.

The website noted that the unusual propagation effects were noticed by aviators, mariners, and ham radio operators.

Specific estimates classify the recent solar flare as an X1.3-class flare. For context, flares are basically light outbursts and are sometimes related to coronal mass ejections or CMEs. The CMEs shoot blobs of different charged particles directly into space.

Should the coronal mass ejection coming from the flare be directed towards Earth would potentially create auroras due to charged particles hitting the planet’s atmosphere creating shows of light.

SpaceWeather also noted that there remains evidence pointing towards the sun being the point of origin for the CME. As per Space, however, in order to fully confirm its origin, more observations are still required.

Related Article: The Sun’s New Photo is Unlike Anything Seen Before, ESA uses its EUI for the Stunning Image