Boeing Starliner successfully reached orbit on its recent test flight and it is a massive achievement for the company after previous mishaps that pushed its orbital launches further up this year. The supposed test flights should have happened last year, but there are several problems with the rocket that the company needed to address before its actual firing. 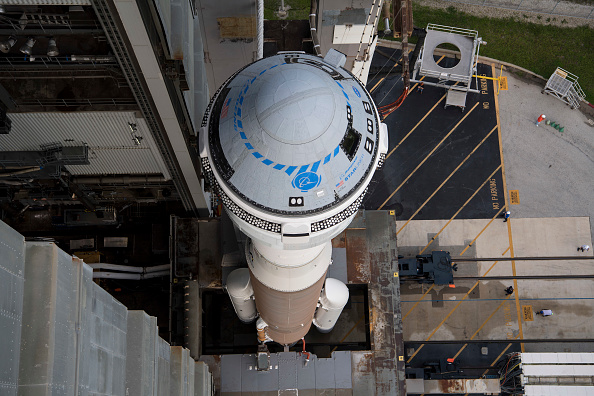 (Photo : NASA via Getty Images)
In this NASA handout, A United Launch Alliance Atlas V rocket with Boeings CST-100 Starliner spacecraft aboard is seen as it is rolled out of the Vertical Integration Facility to the launch pad at Space Launch Complex 41 ahead of the Orbital Flight Test-2 (OFT-2) mission, Monday, Aug. 2, 2021 at Cape Canaveral Space Force Station in Florida.

Boeing Space announced that its Starliner spacecraft successfully reached orbit after it detached itself from United Launch Alliance’s Atlas V rocket that propelled it to the ground. After which, the Starliner made its way to the International Space Station where it performed its docking maneuver that also passed with flying colors.

It is a massive sight to see unfold, especially as Boeing previously faced many problems and hindrances that would help its spacecraft to achieve what it needs to do for its mission.

NASA also tweeted regarding this flight and it talked about how each stage performed flawlessly for the mission to end up in a successful flight for the spacecraft.

Boeing Starliner to Soon Launch to the ISS?

The Boeing Starliner’s next venture is to launch to the ISS soon, and on the next flight, the company will already carry out the Commercial Crew mission that Boeing has with NASA. It will bring astronauts and payloads to the space station like what SpaceX fulfilled for the past years, under the same program that Boeing is a part of, with NASA.

Boeing Starliner and its Problems Before

Back in 2019, the initial issues of the Boeing Starliner manifested, as it would not dock to the ISS on its first mission to orbit that tested out the spacecraft. The spacecraft need to dock on the International Space Station as a key point in its mission is to transport astronauts that would stay in the space station and deliver its supplies.

However, another problem came to light on the Boeing Starliner’s operations while it is still on the ground and was only preparing for its supposed flight. Several rescheduling to its test flight and launches were made by the company and NASA, especially as it needs time and work to focus on its changes and repairs for it to work.

Fast forward to more than a year later and after several problems, Boeing already performed the orbital test flight for its Starliner spacecraft, and it showed success in reaching orbit and being capable to handle the mission. What is next for the Starliner? Nobody knows, but it only means that it will move on to the next stage and bring what it needs for the Commercial Crew partnership with NASA.

Related Article: Boeing’s Starliner to Launch Another Crucial NASA Test Flight and Here’s How to Watch it