Blue Origin’s NS20 mission for the New Shepard spacecraft is bringing a new batch of personalities and stakeholders in space, and it confirms the inclusion of Pete Davidson in the manifest. Previously, the SNL standup comedian’s name was a part of speculations for the next Blue Origin flight, getting associated with its CEO, Jeff Bezos. 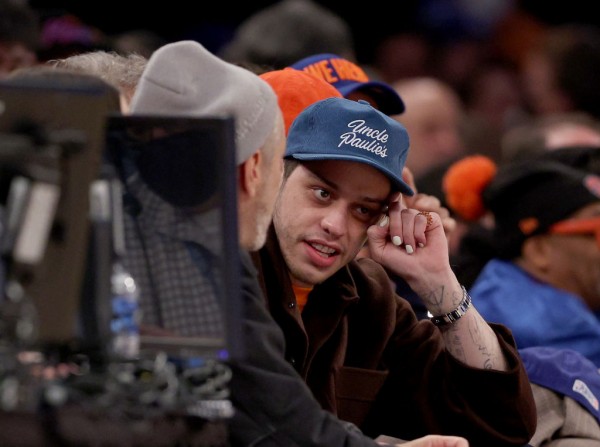 (Photo : Elsa/Getty Images)
Dallas Mavericks v New York Knicks NEW YORK, NEW YORK – JANUARY 12: Actor and comedian Pete Davidson attends the game between the New York Knicks and the Dallas Mavericks at Madison Square Garden on January 12, 2022 in New York City. NOTE TO USER: User expressly acknowledges and agrees that, by downloading and or using this photograph, User is consenting to the terms and conditions of the Getty Images License Agreement.

Blue Origin’s Twitter status announced the new NS20 mission, and it confirmed the inclusion of NBC’s SNL comedian and actor, Pete Davidson, that previously got leaked for this mission. Davidson is only one of the six participants of this flight, but the SNL actor is the most renowned name from Hollywood to join this flight.

The company initially brought the actor that played Captain James T. Kirk from the original “Star Trek” series, William Shatner, to space. Davidson follows this flight manifest as one of the top known stars to associate with Blue Origin.

Davidson will join the likes of Marty Allen, Sharon Hagle, Marc Hagle, and Dr. George Nield on the March 23 flight, confirmed by the company.

The fourth human spaceflight of Blue Origin is coming on March 23, and it will be the 20th mission of the New Shepard spacecraft to take place. According to Blue Origin, it will take place on the morning of the 23rd, 8:30 AM CDT (13:30 UTC), and it will include the six participants to journey to new worlds unknown to them for now.

Blue Origin and its Flights

The initial leak on Pete Davidson’s flight with Blue Origin was slated for late 2022, but that is a different talk now, as the company confirmed its timeline that it would happen this late March. It is still early in the year, and it focuses on a new showcase from Blue Origin, focusing on a future mission that will include some of Hollywood’s top stars.

The previous mission of Blue Origin focused on bringing the daughter of Alan Shepard and GMA’s Michael Strahan to experience spaceflight and what it means to be in orbit. The NS19 mission focused on featuring a new mission to test Blue Origin’s capabilities and improvement over its past launches, focusing on the New Shepard orbiter.

Blue Origin is a massive space company now, and its enormous backer comes from its top executive and founder, Jeff Bezos. The private space company’s ventures focused on Pete Davidson, and he will soon join the NS20’s flight to bring these astronauts to space and bring them back to the surface again to complete the experience.