The Blood Moon Lunar Eclipse is just a few days ahead. This will be the first lunar eclipse this 2022. If you are among the excited individuals to see it, this guide is for you. 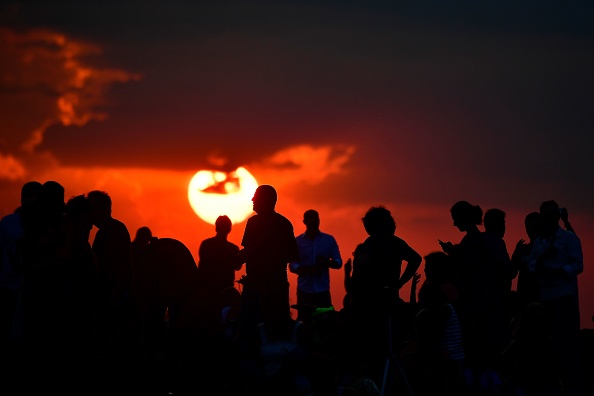 (Photo : Photo credit should read TOBIAS SCHWARZ/AFP via Getty Images)
People gather as they wait for the sun to go down and the appearance of the ‘Blood moon’ in Berlin on July 27, 2018. – The ‘Blood moon’ total lunar eclipse, is the longest of the 21st century. (Photo by Tobias SCHWARZ / AFP)

This space event is quite different from the common lunar eclipse since it will happen during a full moon, meaning that it will be a Blood Moon Total Lunar Eclipse.

Once this happens, the full moon will move into the deep umbral shadow of the Earth. Because of this, the whole color of the moon will change since the planet’s penumbral cone will completely cover it.

According to Space.Com‘s latest report, the new Blood Moon Total Lunar Eclipse will be visible in Europe, Africa, the East Pacific, as well as across America. 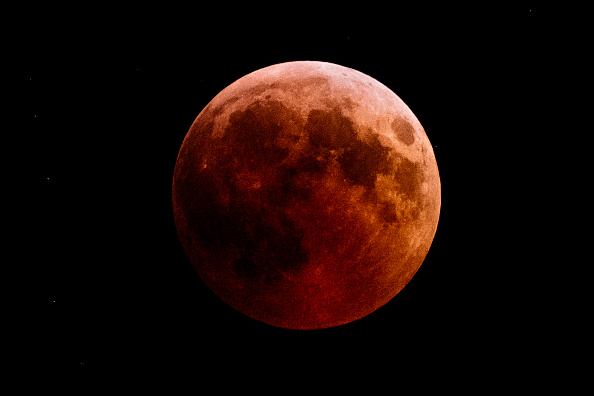 (Photo : Photo credit should read DIMITAR DILKOFF/AFP via Getty Images)
This picture shows the full moon during a ‘blood moon’ eclipse as seen from the town of Kazanlak, some 100 km northwest of Plovdiv, on July 27, 2018. – The longest “blood moon” eclipse this century began on July 27, coinciding with Mars’ closest approach in 15 years to treat skygazers across the globe to a thrilling celestial spectacle.

When it comes to date, the total lunar eclipse will be visible from May 15 to 16. People will start seeing it from around 10:28 p.m. EDT.

At around 12:11 a.m. EDT on May 16, experts said that the Blood Moon Lunar Eclipse would be at its peak. This means that you will see the Earth’s natural satellite’s incomplete red color.

This space display is expected to end around 1:55 a.m. EDT. Aside from this, there will also be another lunar eclipse, which will happen on Nov. 8.

In 2023, people can also expect two lunar eclipses. If you want to see more details about these, you can visit this link.

How To Take Better Moon Photos With Your Smartphone?

Some smartphones released by Apple, Samsung, and other giant tech firms already have advanced camera features that can help your capture good moon photos.

But, there are still some tricks you can rely on to capture better moon images without purchasing a new mobile device. CBC provided some of them:

On the other hand, the Lunar Reconnaissance Orbiter was able to capture new moon images.

For more news updates about the Blood Moon Lunar Eclipse and other similar space events, always keep your tabs open here at TechTimes.

Related Article: Moon Crimes Can Be Prosecuted By The Canadian Government Soon