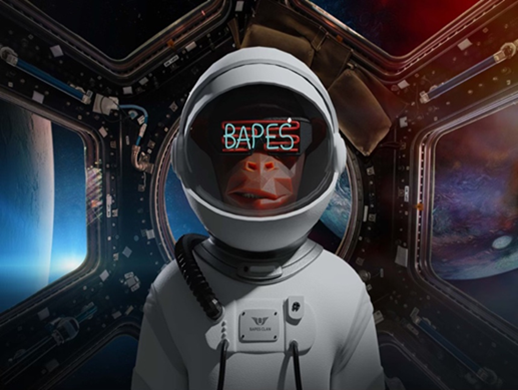 To celebrate the launch of the top NFT project in the world, BAPESTM and Artemis Space NetworkTM have announced that all ten thousand Genesis BAPESTM NFTs will be sent into space to orbit the Earth aboard the International Space Station (ISS) to create the world’s first Space MetaFund focused on investments into commercial space entrepreneurs and start-ups.

These unique NFT offering details are out of this world – quite literally.

The Genesis BAPESTM NFTs that fly aboard the ISS will receive special blockchain credentials certifying them as fully licensed ‘cryptonauts’, enabling an option for holders to evolve them into SpaceBAPESTM NFTs. The SpaceBAPESTM will be minted from the ISS as a new limited BAPESTM Collection during a metaverse live stream of the mission with open participation of the entire BAPESTM Community. SpaceBAPESTM holders will govern the Space MetaFund investments through a Decentralized Autonomous Organization (DOA).

“This will translate into the possibility of you becoming a holder of a SpaceBAPESTM NFT, and give you access to the world’s first Space MetaFund, investing only in space tech companies, and providing you the first chance in the world to become a Space Metavestor,” said BAPESTM Founder and CEO, Erik Lydecker. “So if you get the chance to land on the initial BAPESTM whitelist, and mint a Genesis BAPESTM NFT, you will be given the opportunity never before seen in the history of humanity – to be the owner of the first generative NFT that is minted from space, giving you direct access to space startup metaprofits,” he added.

“The BAPESTM project is boldly going where no NFT project has gone before,” said Bob Richards, co-founder, and CEO of Artemis Music Entertainment. “A decentralized member-owned investment fund empowering the next generation of entrepreneurs is a powerful concept with the potential to be transformative. We’re happy to help launch the BAPESTM Space MetaFund through the Artemis Space Network.”

The BAPESTM Space MetaFund is the first of several crypto-native funds planned by the BAPESTM organization that will be governed by a decentralized autonomous organization (DAO).

For more information on how you can invest in this unique project, please check out https://bapes.xyz/ and/or contact Douglas Brue at pr@bapes.xyz. 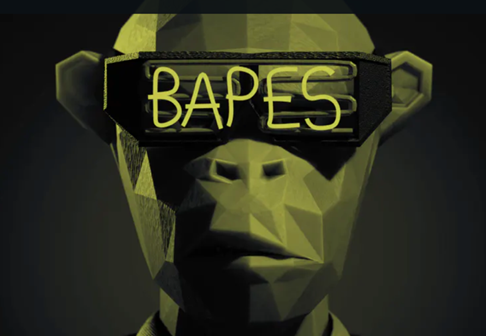 BAPESTM has been providing glimpses to the community of its artwork and designs by best in breed designers and animators that have worked for companies such as Pixar, 21st Century Fox, and Disney, of them, the Dubai-based legendary NFT artist Shaikh Danial.

BAPESTM spent $0 on marketing and advertising to date, nor have they utilized any star power or influencers to create awareness. The entire movement, and acceptances, from BAPESCLANTM community members located around the world, have been 100% organic and genuine.