Amazon Project Kuiper: Competes with Starlink; Secures Space Companies for Launch in the Next 5 Years

Amazon’s Project Kuiper is now competing with Starlink and Viasat for its satellite internet, and the company revealed its plans in the next five years to bring it to orbit. It has already announced the partner companies that it has, focusing on its launches that will bring the satellites to orbit, and soon launching its internet connectivity for its offers.

Amazon Project Kuiper is Gearing Up to Compete with Starlink, Viasat 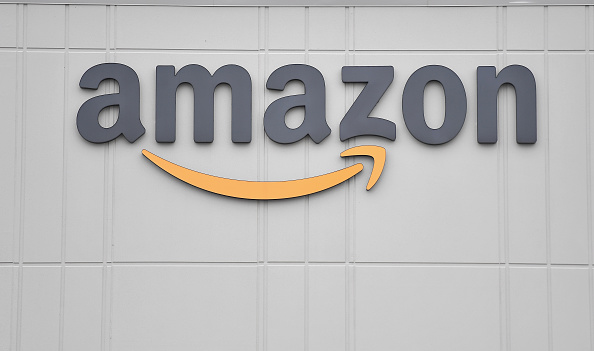 (Photo : ANGELA WEISS/AFP via Getty Images)
The logo of US online retail giant Amazon is seen at the distribution center in Staten Island as workers strike in demand that the facility be shut down and cleaned after one staffer tested positive for the coronavirus on March 30, 2020 in New York. – Amazon employees at a New York City warehouse walk off the job March 30, 2020, as a growing number of delivery and warehouse workers demand better pay and protections in the midst of the COVID-19 pandemic.

Amazon announced earlier that it is looking into expanding its services with its upcoming partnerships with many space companies for the rocket launches that contain its satellite cargo. It is a massive indication that the company is getting ready to compete with Starlink, Viasat, OneWeb, and other companies in the industry.

Unlike Starlink, OneWeb, and Viasat, Amazon’s Project Kuiper is one going through the process of bringing its satellites to orbit for future ventures. However, the company is only at its start, and many factors may come to place for all their needs and plans for the project. Nevertheless, Amazon is looking forward and forging ahead with its satellite internet.

According to Space Reporter, Joey Roulette, Amazon is surrounding itself with many space companies to fulfill its goals and plans for the future. Instead of sticking with Jeff Bezos’ Blue Origin, the company went the extra mile by hiring the likes of United Launch Alliance and Arianespace for their launches in the coming times.

OneWeb is also another service that is already available in the world’s use of the internet that comes from satellites, and it is a London-based company that aims to deliver strong connections from above. However, its recent struggle with Russia and its spacecraft led to the company hiring SpaceX to bring its satellites to orbit, with Musk saying that it will do the right thing.

Amazon’s Project Kuiper is only one of the many corporations that are already filling up the orbit with satellites for all internet needs. The company intends to bring its satellite capabilities for an internet connection, something that would be the standard of connectivity for the service in the coming years, as many companies compete for it.

Related Article: Jeff Bezos and Amazon ‘Project Kuiper’ Books Up to 83 Rockets Bringing Everyone Onboard Except SpaceX