The pig heart transplant man is one of the most ambitious health operations this 2022. David Bennett, the first man who received s a pig’s heart, had his medical operation on Jan. 7. 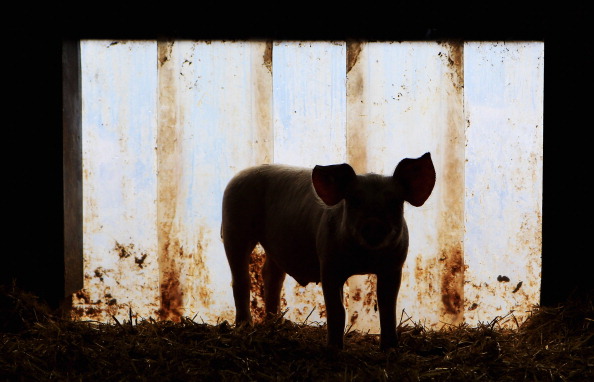 (Photo : Photo by Joern Pollex/Getty Images)
A pig looks out from its pen at the Ebsen organic farm on January 13, 2011 in Langenhorn, Germany. Organic foods retailers are reporting a surge in demand following the recent dioxin contamination scandal sparked by the announcement by the German company Harles and Jentzsch that some of the fatty proteins it had supplied to animals feeds.

However, after two months, he suddenly died. Health experts were confused by his sudden death since the cause is still unidentified.

The University of Maryland Medical Center said that there is no clear cause of his death. Now, MIT claimed that the man died from a pig virus called porcine cytomegalovirus.

According to Independent UK‘s latest report, the pig virus discovered in Bennett’s body is a preventable infection that was caused by the heart transplant. 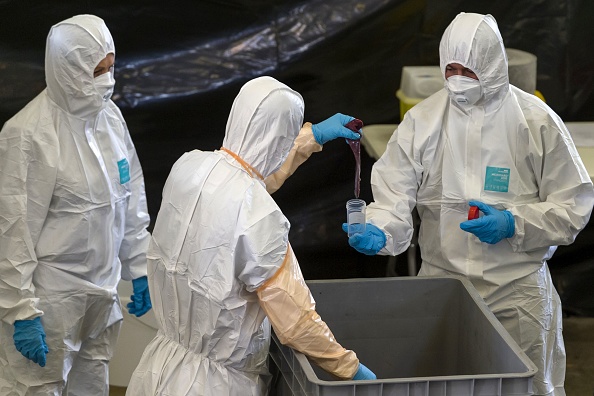 (Photo : Photo credit should read JEAN-CHRISTOPHE VERHAEGEN/AFP via Getty Images)
Researchers carry out an autopsy on a wild boar to determine by analysis whether the wild boar was suffering from the African swine fever virus (ASFV), during a press visit at the center for the autopsy and analysis of wild boar carcasses, in Virton, on October 19, 2018. – Since October 12, 2018, the European Commission has defined an area of 63000 hectare.

“We are beginning to learn why he passed on. Maybe was the actor, or could be the actor, that set this whole thing off,” said Dr. Bartley Griffith, a transplant surgeon at the University of Maryland School of Medicine.

However, this information still needs further investigation since Griffith and other health experts are unsure if the pig virus is the main cause of the man’s death.

UMSOM Professor of Surgery Muhammad M. Mohiuddin said that the evidence lacks, but there are signs of porcine pathogens in humans.

If further findings prove that the pig virus is the main cause of Bennett’s death, health experts will be more careful regarding animal-to-human transplants.

This means that more screening processes will be conducted before animal transplants are approved.

Is the Pig Virus Concerning?

Griffith said that the detected pig virus in Bennett’s heart transplant did not concern him at all.

He added that if the man was really infected, then health experts can prevent it from happening again in future xenotransplantation operations.

Some individuals still believe that pig viruses in humans can lead to another pandemic.

On the other hand, health researchers recently tried to put human immune systems in pigs.

For more news updates about animal-to-human transplants and other similar health operations, always keep your tabs open here at TechTimes.