A group of researchers has developed a robotic fingertip that has the same sensation as human skin.

This 3D-printed invention might be the closest thing now to a human fingertip since the robot grippers could not accurately imitate it.

The Purpose of 3D-Printer Human Fingertip 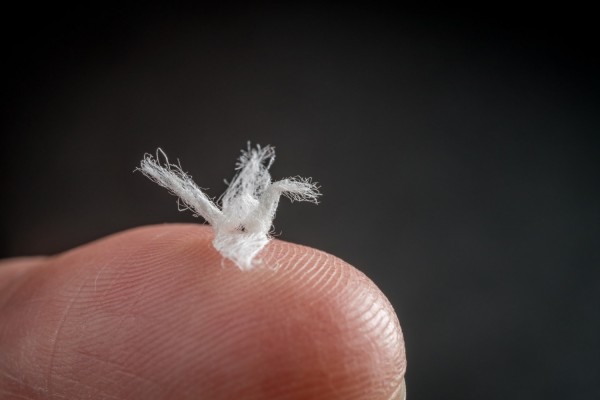 (Photo : Michael Lai from Unsplash)
The researchers recently created a 3D-printed fingertip that can feel like real human skin.

According to a report by Sky News on Wednesday, April 6, the scientists believed that this 3D-printed fingertip can be a sparkplug in the field of prosthetics aside from robotics.

It was mentioned in the report that just like a human fingertip, it can emit nerve signals that we usually produce from our nerve endings. The only difference is that they are produced artificially by the robot.

For Professor Nathan Lepora, who is teaching engineering mathematics at the University of Bristol, this creation can help them discover more about the human skin’s internal structure, particularly about the sense of touch.

“This is an exciting development in the field of soft robotics – being able to 3D-print tactile skin could create robots that are more dexterous or significantly improve the performance of prosthetic hands by giving them an in-built sense of touch,” the Bristol Robotics Lab-based teacher said.

The process of developing a robotic fingertip is not easy. The researchers made use of a 3D-printed mesh and it should have the same texture as real human skin that is tactile, according to Daily Mail.

Specifically, the experts relied on the bumps or the so-called papillae. They incorporated these into 3D printers and combined them with other materials to arrive at the finished product which is the 3D-printed fingertip.

Lepora and his team said that they uncovered a great capability that the 3D-printed tactile fingertip can do. That is producing recording-like nerve signals from “real” neurons.

Later, he discovered that the 3D-printed fingertip has a resemblance to real human skin. He said that it has a very close blueprint to their neural data.

Lapses in the Study

Despite its ability to produce human nerve signals, the invention lags behind in one thing: the inability to feel a very sensitive detail.

Lepora explained that it might be because of the thickness of the 3D-printed skin. Indeed, artificial skin is thicker compared to human skin.

At this point, the researchers wanted to take it to the next level by exploring the microscopic side of the human skin. Lepora highlighted that the team aims to make a make-shift skin as good as the human skin–or even better.

The study findings are published in two papers by Lepora and his research team. The titles are as follows: